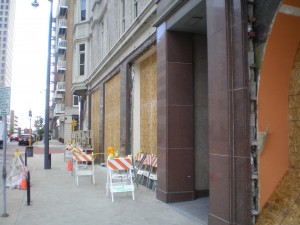 Construction has begun on the long anticipated renovation of the 134-year old, 6-story, Colby-Abbot Building, located at 759 N. Milwaukee St.  The $250,000 project, which has been in the works for a couple of years, is being made with the assistance of a facade grant from the City of Milwaukee.

The project will renovate the first floor facade for much of the building, with the exceptions of the Karl Ratzch’s and Tempt locations.  Architectural details long hidden, such as the archways, are being exposed once again, and the result of the project will allow for better access and visibility for what will be four retail units.  Each retail unit would be approximately 1,000 square feet of space.  The renovation is being done in advance of Business Improvement District 21’s Milwaukee Holiday Lights Festival Retail Emporium.  The building’s ownership is currently in negotiation with four potential tenants for the retail emporium with the possibility of becoming long term tenants. 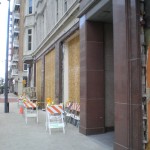 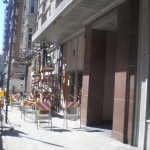 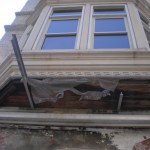 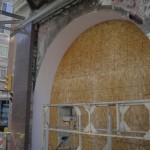 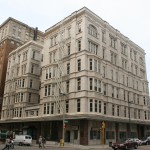 The Colby-Abbot building before facade work