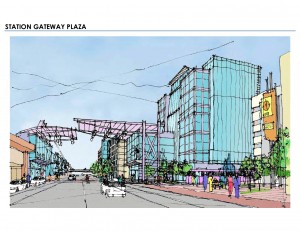 The preparation of the Downtown Plan Update has involved various public input sessions, countless hours of community and stakeholder input, resident surveys, the involvement of the business community, and the work of city staff. The process is still ongoing and the presentation before the City Plan Commission for approval was the next step in the process.

Surprisingly, at the commission meeting there was some opposition. Pat O’Brien, President of the Milwaukee Development Corporation and the President of the M7, argued that the plan should focus on the remaining catalytic projects from the 1999 plan, that the plan should focus on demand generators, and it should prioritize catalytic projects. Vanessa Koster, City Planning Manager, responded to the critisim saying “We don’t prioritize catalytic projects” and indicated that this will allow the market to respond and drive the projects. She added that “we have many pearls downtown,” and that “this plan strings them all together.” 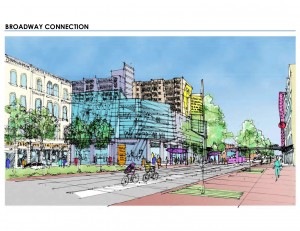 Wispark President Jerry Franke, spoke of a need to create a matrix to guide development, specifically to prioritize TIF use, and that the area laid out in the downtown plan was to far reaching.

Alderman Bob Bauman spoke last saying that he was surprised about there being any controversy, stating that “this is a land use plan, this is not a statement of the City of Milwaukee TIF policy.” He added later that he was glad to hear that the M7 and the MDC are interested in demand generators in downtown Milwaukee. In fact he hoped to hear soon that the M7 has changed their position regarding UWM’s expansion in Wauwatosa, and that he looked forward to the subsequent article by Tom Daykin entitled “M7 calls for demand generators in downtown Milwaukee… like the Engineering School.”

Despite calls for the City of Milwaukee to set TIF policy within the land-use plan, the Downtown Plan Update moved forward with unanimous support from the City Plan Commission.