While it may be early to reduce the bitter results of today’s tragic loss of the east side’s Pizza Man to an online scrapbook, sometimes sharing does start healing — as well as spur ideas for rebirth.

And tell us what you fear — and hope — will happen to the legendary corner that once housed not only Pizza Man, but also Grecian Delight, Cush and other local businesses.

TCD will update this post with ongoing additions and news as today’s events unfold. For developing news, find video footage, a photo gallery and ongoing coverage at WISN.com.

TCD contributor and business manager Patti Breitigam-Wenzel remembers the spot as part of a Milwaukeean’s  rite of passage. “The perfect night for a bunch of suburban, parochial high school students was to see Rocky Horror at the Oriental, then head over to Pizza Man and share a couple of large, greasy pizzas with the gang. It was also a great place to relax with a beer after a long day of classes at UWM. The assortment of characters who occuppied the booths and tables was a sight to see. And let’s not forget Grecian Delight; where else will we be able to get cheap gyros at bar time?  This is a huge loss for the East Side and Milwaukee in general.”

Longtime contributor and columnist Judith Ann Moriarty witnessed the fire from her condo.
“It’s Tuesday morning, and I can see the plumes of Pizza Man smoke rising in the distance … visible from my north facing, 17th-floor balcony. I’ll miss seeing the Pizza Man truck making deliveries here,” she says.

Calendar editor Laura Heller has many memories of her own. “I remember missing El Chico when they closed and Black and White replaced them. Mexican food when you’re drunk tastes amazing while you are relishing in the moment.  But of course, in the morning, you have no idea why you thought you could eat that many refried beans. I also shared a couple family meals at Pizza Man, their food always pleased my taste buds.  Their wine selection was even better! Grecian Delight became my new alternative to El Chico because Black and White could not fill El Chico’s shoes. El Chico honestly spoiled the east side with their mouth-watering chimichangas. As a current resident of the east side, I am going to feel empty without this building. I will no longer be able to use Pizza Man as a reference for cabbies to get me to my humble abode. I can’t stumble toward a greasy gyro after bars close, and I won’t be able to judge everyone that went to Cush.  These things will be missed.”

Social media intern Annemarie Chapdelaine felt connected to the place. “Pizza Man was one of the first places I went to when I moved here from Massachusetts to go to Marquette. I was so, so homesick, freaked out and crying into my pizza the entire time I was there. I had never been to Milwaukee or the Midwest before (heck, I never even toured Marquette) and was questioning what I was … See Morethinking. The staff was so kind and showed me what Midwestern hospitality was all about; it was there I began to fall in love with Milwaukee. Thanks to Pizza Man and their staff, I’ve been here for 15 years and credit them for helping me give the city a chance.”

Photographer Tom Julio reflects: “…stiff Midwestern winds would howl down the east side corrider of North Avenue as you would try and cross the historic intersection of North and Oakland. always seemed to be drawn there in the dead of winter for some odd reason. she was nameless faceless, as are many now from the past, but those many nights blended not into the date, but into the place (the building) where the intimacy of another would begin. that damn heavy medieval door, counter weighted by a bag of rocks. it led to no indication of the warmth awaiting inside, not a clue. always a gentleman, even (i) would struggle opening that damn door. the first unique charm of many. a bar stolen from the archetype playbook of what a bar should look like, should be. often with Steve as the doctor, or another kid whose wine knowledge was expanding daily through osmosis. jesus, the wines here … no place like it in the city. the wood booths would suck you in next. and now the capability of marking the occasion into the structure presented itself. (i) would always search for my initials on the north wall below what seemed like an immortal jar of preserved carrots. her name lapsed from my mind, but not from the scratchings of many, many years ago. gone now … both her and the remembrance of that/those night(s) … and now we wait. through the ashes the phoenix of corporate cubicle dwellings built on a dime will surely flourish (i) am afraid. and another youth will walk the same steps as many of us have taken before. this time with his golden-gowned lady across the street and into a bagel and coffee shop with a multi-million dollar trademarked name.”

TCD dining critic Mr. M. weighs in. “Pizza Man was one of only a few places for the longest time, like Lisa’s on Oakland, where you could get sliced, green olives on one of the best, thin-crust pizzas to be had in Milwaukee. Mrs. M. and I will sorely miss the place, and we hope that the proprietors will relocate or rebuild soon.”

TCD blogger DJ Hostettler adds: “Waking up to a dozen Facebook posts and Tweets about Pizza Man’s fire was crushing. I moved to Milwaukee in 2002 after dating a Milwaukeean for 18 months prior, and Pizza Man was our go-to for many years after that. For a long time, Pizza Man was essentially the bulk of my Milwaukee dining experience. Years later, when another friend moved to town, it became our standing dinner date as well. Out-of-town friends, family members … we took them all there, knowing there would be something on the menu everyone would enjoy.

“I’m confident and hopeful that Pizza Man rebuilds somewhere, but in the meantime, it’s not the food I’m going to miss, as quality as it was. I’m going to miss being able to make more memories in the wood-carved cave that helped shape so many of my early Milwaukee experiences.” 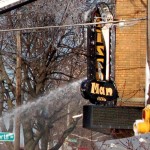 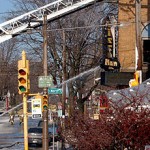 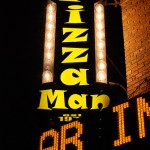 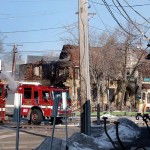 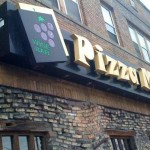 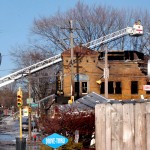 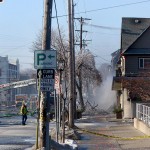 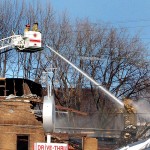 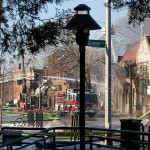 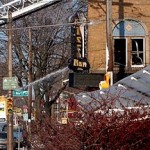 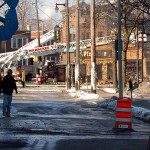 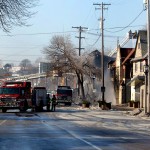 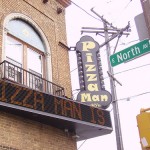