A Closer Look at The Flatiron Condominiums

The Flatiron Condominiums, the first development to take place in the former Park East Freeway corridor, is a five-story, 38-unit condominium. Because it doesn’t poke through the skyline like the nearly complete Breakwater Condominiums, the building is often overlooked by those who don’t pass it on a daily basis.

There also has been questions on why the developer built the building as such an odd shape to match the lot when there was so much open land in the area. Thankfully Legacy Real Estate Development, LLC had the vision to completely not only a good standalone urban design, but one that will be a fixture in the emerging neighborhood for years to come.

The North End, under construction across the street, will fill in the west side of North Water Street to create a well-developed corridor to downtown. The orientation of the building on the corner with large windows will make it appear open and welcoming to people entering the area.

That is the future, and with the North End getting closer to completion everyday, that reality isn’t far off.

Urban Milwaukee was able to connect with residents, Tim and Lisa Hanson, to gauge their opinions of their new home.  We included a photo gallery at the bottom for your enjoyment.

What unit are you in?

When did you move in?

The location. We do many things downtown (shows, Admirals games, work, school, restaurants). By living downtown we are able to walk to most of these events, while saving gas and getting exercise!

Were you close to choosing anywhere else, and if so why not?

No-considered other possible condo buildings, but all were located downtown.

If you had to do it all over again, would you still make the move?

What’s the best feature of the development?  What’s the worst?

The best features would be the large windows and architecture. The down side of the building is that it does not have any amenities. However on a positive side, this keeps your condo fees down.

What was most surprising about moving into the neighborhood?

We had lived downtown in a nearby area for a couple years before we moved into the condo. We were happily surprised by the amount of activity downtown. Everyone is out walking or riding bikes.

One piece of advice you would give to other buyers?

My favorite thing about Milwaukee is the number of different activities you can do downtown. There’s always something to do no matter what time of year. My least favorite thing is the amount of noise you can sometimes hear at night.

If you became Mayor of Milwaukee tomorrow, what is the first thing you would work to change?

If we were to become mayor of Milwaukee tomorrow, we would work to promote the downtown area more intensely as an exciting and safe place to live. 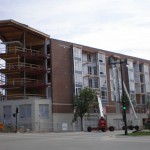 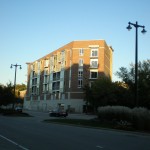 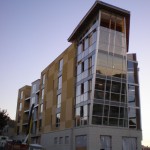 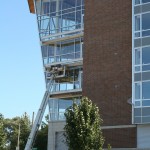 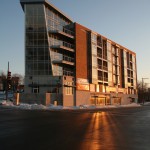 One thought on “Hard Hat Tour: A Closer Look at The Flatiron Condominiums”