The top five weekday news audiences in southeastern Wisconsin households and total viewing for November 2020 are:

“ABC World News Tonight with David Muir,” the network’s national newscast on WISN 12, continues to be the market leader with the top news audience overall at 73,400 households and 107,100 total viewers.

“With a historic pandemic election, a Covid-19 case surge, a tornado in our southern counties, and a mass shooting at Mayfair Mall, November was another unprecedented month in this unprecedented year.  Through it all WISN 12 News lead the way with important local coverage,” says Jan Wade, president and general manager of WISN 12. “I could not be more proud of everyone at WISN 12, both in front of the camera and behind it. Their continued commitment to the viewers of southeastern Wisconsin is unequalled,” added Wade.

WISN 12 also leads in every competitive weekday news time period from morning to night in the key demographic of persons 25-54.

Saturday morning at 9 a.m., WISN 12 added a second hour of “Good Morning America” to the schedule, which draws 17,700 household impressions in its first sweeps period, improving the time period by 14% year to year.

“Upfront” the station’s community affairs program hosted by Adrienne Pedersen, grew its household and total audience year-over-year with a combined 33,200 household (+20%) and 52,300 total viewer impressions (+49%) for its Sunday 9 a.m. and 11 p.m. broadcasts.

WISN 12, the ABC station in Milwaukee, is owned by Hearst Television. Hearst Television owns and operates television and radio stations serving 26 media markets across 39 states reaching over 21 million U.S. television households. Through its partnership with nearly all the major networks, Hearst Television distributes national content over nearly 70 video channels including programming from ABC, NBC, CBS, CW, MY Net, MeTV, This TV, Estrella and more.  The radio stations are leaders in Baltimore news/talk and rock music listenership.  Hearst Television is recognized as one of the industry’s premier companies and has been honored with numerous awards for distinguished journalism, industry innovation, and community service. Hearst Television is a wholly owned subsidiary of Hearst.  The Company’s Web address is www.hearsttelevision.com. 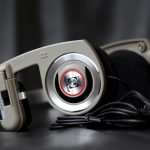