Wisconsinites Call Out Ron Johnson For Abandoning Them, Enriching Himself and His Biggest Donors

Johnson has opposed the Build Back Better agenda at every step, standing against middle-class tax cuts, lower health care costs, critical pandemic relief, and federal investments in Wisconsin’s infrastructure. Despite his staunch opposition to delivering for Wisconsin’s working families, Johnson has never had a problem serving himself — including rigging the tax system to benefit his bottom line and his biggest donors. 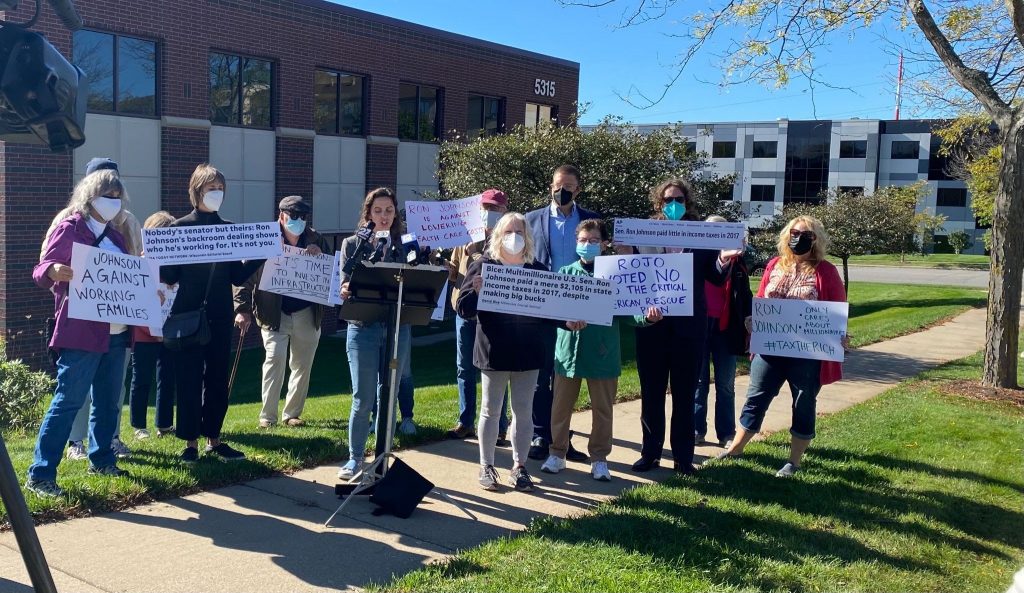 Photo courtesy of the Democratic Party of Wisconsin.

You can watch the full event here and see excerpts of what the speakers said below:

Where is Rebecca Kleefisch?

Kleefisch Hides From Media After Trump Snubs Her

Wisconsinites Call Out Ron Johnson For Abandoning Them, Enriching Himself and His Biggest Donors