We Don’t Need a Taskforce

(West Point)—In response to another incident involving Police and a Black Wisconsinite, Governor Evers has issued Executive Order #84 relating to a special session of the Legislature on the use of force by law enforcement. State Senator Jon Erpenbach (D-West Point), issued the following statement.

“We don’t need a task force. We need to roll up our sleeves, and do the work we were elected to do. We have a package of bills, ready to go since June. Let’s go to the floor August 31st and make real changes. The people of Wisconsin are demanding it.

“Many of the concepts in this package of bills are already the work of a task force convened years ago. And we certainly don’t need another report to highlight the glaring racial disparities that have given Wisconsin a bad name for far too long.

“Too many tragedies have resulted in too little action. We must do better to ensure Black Wisconsinites are treated equally in the eyes of the law and within our communities.”

We Don’t Need a Taskforce 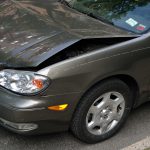