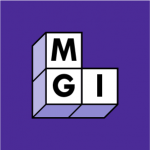 February 11, 2021, Wausau, WI – In a unanimous decision, the Wausau City Council has voted in support of a resolution to establish a guaranteed income. The resolution further solidifies the city’s commitment to advancing cash-based policies under the leadership of Mayor Katie Rosenberg, a member of Mayors for a Guaranteed Income (MGI).

“Cash with no strings attached is a powerful way to combat poverty efficiently while maintaining dignity and autonomy,” said Mayor Rosenberg. “Our people are the lifeblood of Wausau’s local economy. It’s critical that we open up both resources and opportunities to residents in an effort to not only expand our economy, but also ensure that no one gets left behind in the wake of the pandemic’s heavy economic toll.”

The full text of the resolution, passed on February 9th, can be found here.

Founded in June of 2020 by former Stockton Mayor Michael Tubbs, MGI is a coalition of 36 mayors committed to advancing a federal guaranteed income – direct, recurring cash payments to the poor and middle class.

MGI member cities are eligible for up to $500,000 in pilot funding, thanks to a recent $15M donation by Twitter CEO Jack Dorsey. A pilot in Wausau is planned to launch in 2021, with details currently being finalized. In addition to pilots, MGI also advocates for cash-based policies at the federal level. There are currently at least 10 Congressional bills to provide pandemic-related payments to struggling Americans, and support for $2,000 checks helped drive last month’s Democratic Senate wins in Georgia.

MGI, together with the University of Pennsylvania School of Social Policy & Practice, has also established the Center for Guaranteed Income Research to consolidate the key learnings from the pilots taking place in MGI member cities to address knowledge gaps and allow the organization to layer data with anecdotal evidence.