"This bipartisan budget agreement is far from perfect but it can provide some much needed certainty for our economy by preventing the ongoing Republican threats of a government default and shutdown."

Washington, D.C. — U.S. Senator Tammy Baldwin, a member of the Senate Budget and Appropriations Committees, released the following statement regarding the Bipartisan Budget Act of 2015:

“For months, Senate Democrats called for bipartisan budget negotiations but Congressional Republicans ignored that call for compromise, so they have only themselves to blame for choosing a broken process and chaos that once again led us to the brink of a government default and shutdown. This bipartisan budget agreement is far from perfect but it can provide some much needed certainty for our economy by preventing the ongoing Republican threats of a government default and shutdown.

“This budget agreement restores investments in both our national and economic security, ensuring that every dollar of investment in defense is matched by a dollar of investment in a stronger economy and middle class. Increasing incomes for working families and investing in stronger economic growth are my top priorities so I support this bipartisan budget because it will strengthen investments in education, job training, research and innovation, and rebuilding our bridges, roads and ports. These investments can help us create jobs and improve the incomes of families struggling to get ahead.

“I have been fighting to pass legislation that would prevent a premium hike for Wisconsin seniors so I’m also pleased that this agreement protects many seniors from a massive increase in Medicare premiums, in addition to, strengthening Social Security Disability Insurance.

“I believe we can do better going forward. This was a missed opportunity to address the fact that for too long our tax code has been rigged by powerful interests to benefit millionaires and billionaires. As a result we have an economy that rewards only those at the top, while the incomes of ordinary Americans have flat lined. As Wisconsin’s economy lags behind and middle class families live paycheck to paycheck, hedge fund managers on Wall Street continue to get tax breaks. That’s not fair and it needs to change. I will continue my fight to advance tax reform legislation I have introduced to end the carried interest loophole. This loophole allows Wall Street millionaires and hedge fund managers to pay a lower tax rate than many truck drivers, teachers and nurses. We need to eliminate this loophole to make sure those at the top are paying their fair share so we can invest in an economy that works for everyone, not just the wealthy few.” 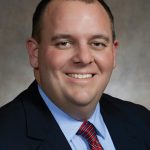 Representative Myers’ Response to the State of the State Address by State Rep. LaKeshia Myers