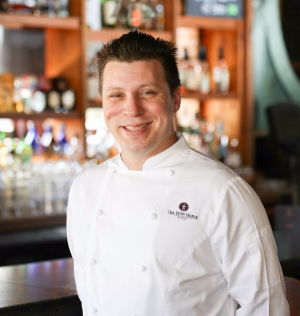 (MILWAUKEE, WI; August 24, 2016)—The Iron Horse Hotel (500 W. Florida St.) announces the appointment of Executive Chef Joshua Rogers along with refreshing updates to summer menus at Smyth and Branded. Rogers combines traditional techniques with a contemporary approach, while keeping in mind the philosophy of honest cooking—sustainable sourcing with intention. “I believe that simplicity can be very satisfying and successful, and I’m thrilled to create a new culinary vision for The Iron Horse Hotel,” Rogers notes. “From each ingredient to every plated dish and all the steps in between, I aspire to lead by example to show my team that I am with them every step of the way.” Prior to joining Smyth at The Iron Horse Hotel, Rogers held the role of sous chef at Cheeca Lodge and Spa, where he honed his culinary expertise under nationally acclaimed, James Beard nominated Chef Dean James Max. Rogers later joined The Fairmont Hotel San Francisco as chef de cuisine, where he mastered his skills at engineering each menu and developing recipes. He also excelled in the role as chef de cuisine at the Fairmont Peace Hotel in Shanghai, China. In 2014, Rogers moved back to the States, where he accepted the position as executive sous chef at Nantucket Island Resorts in Massachusetts. Rogers’s goal for consistent high-quality results is accomplished through the deep passion he has for his career as well as the calm demeanor and leadership he brings to his culinary team. Rogers’s menu is influenced by the seasons and local surroundings and created with the intention of simplistic techniques to preserve the flavor of simple ingredients. Summer items include:

For a look at full menus, please visit the below links: Smyth lunch, http://bit.ly/29TreBK; Smyth dinner: http://bit.ly/29TreBK; and Branded: http://bit.ly/29YGdMp. To make reservations or for more information, please visit smythrestaurant.com or call 414.831.4615. To take a look at culinary creations and updates on social media, please visit Facebook, Twitter, and Instagram. About The Iron Horse HotelThe Iron Horse Hotel, managed by Aparium Hotel Group, is the transformation of a 100-year-old warehouse into a one-of-a-kind hotel that delivers an authentic Milwaukee experience. As the industry’s first upscale hotel geared for business travelers and motorcycle enthusiasts alike, they meet the distinct needs of both corporate and leisure guests with special services, unparalleled amenities and 100 loft-style guest rooms at the Milwaukee luxury hotel. The Iron Horse Hotel has earned such accolades as: AAA’s Four Diamond Award the last four years; three consecutive years on Condé Nast Traveler magazine’s Gold List of the top hotels in the world; ranked 3rd on Condé Nast Traveler’s list of “Top 10 Hotels in the Midwest” in 2013; ranked 19th on TripAdvisor’s Travelers’ Choice Awards of best hotels in the U.S. in 2014; and named the top hotel in Wisconsin on TripAdvisor since 2009. About Aparium Hotel GroupAparium Hotel Group is a company founded and controlled by experienced professionals in hotel development, management, and marketing who hold the belief that great hotels are a destination sought out by travelers and a favorite place for locals – a philosophy Aparium calls Translocal Hospitality. Aparium’s passion and expertise centers on independent hotels and resorts in distinct cities and unexpected resort destinations. Each locale is built on the belief that it should be a brand in and of itself – a true celebration of independent identity and a product of its setting. The company is committed to and engaged in a visionary partnership with independent hotel owners who are intimately knowledgeable of their communities and, as such, view their properties as a source of pride. By fostering collaboration, Aparium delivers measurable and sustainable return on investment with transparency and accountability at all stages of operation. Aparium Hotel Group properties include: The Iron Horse Hotel in Milwaukee, WI; The Charmant Hotel in La Crosse, WI; and Hotel Covington in Covington, KY. The group currently has several additional projects underway to be announced in the coming year. For more information about Aparium Hotel Group visit, www.aparium.com. 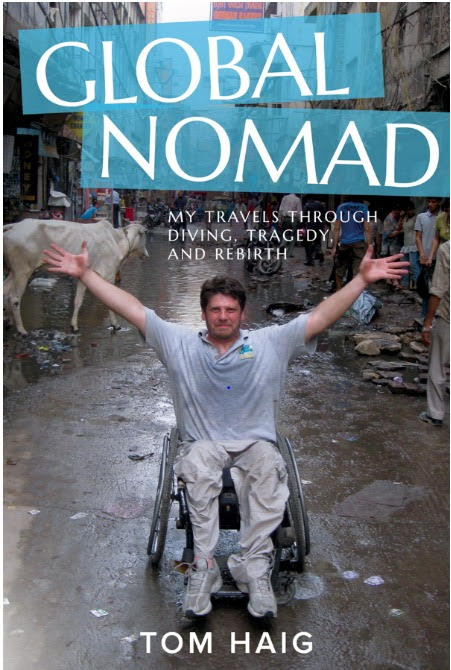 Global Nomad: My Travels through Diving, Tragedy, and Rebirth

Get Inky with Anchor Press, Paper and Print!