Tickets on sale this Friday, December 9 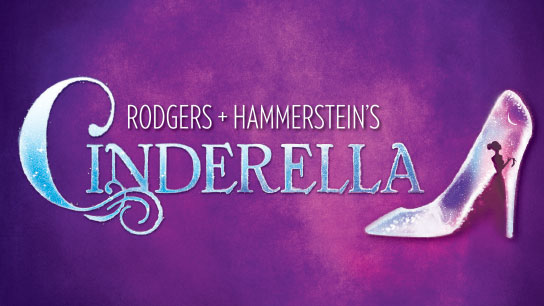 RODGERS + HAMMERSTEIN’S CINDERELLA, the 2013 Tony® Award-winning Broadway musical from the creators of The King & I and The Sound of Music, will play the Marcus Center for a limited engagement from March 28-April 2. Tickets for CINDERELLA go on sale this Friday, December 9 at 10:00 am at the Marcus Center Box Office and can be purchased in person at 929 North Water Street, by phone at 414-273-7206 or online at MarcusCenter.org or Ticketmaster.com. Groups of 10 or more SAVE! and should call Group Sales at 414-273-7121 x210 or x213. This engagement is part of the Associate Bank Broadway at the Marcus Center and Broadway Across America-Milwaukee series.

With its fresh new take on the beloved tale of a young woman who is transformed from a chambermaid into a princess, this hilarious and romantic Rodgers + Hammerstein’s CINDERELLA combines the story’s classic elements – glass slippers, pumpkin, and a beautiful ball along with some surprising twists. More than just a pretty face with the right shoe size, this Cinderella is a contemporary figure living in a fairytale setting. She is a spirited young woman with savvy and soul who doesn’t let her rags or her gowns trip her up in her quest for kindness, compassion and forgiveness. She longs to escape the drudgery of her work at home and instead work to make the world a better place. She not only fights for her own dreams, but forces the prince to open his eyes to the world around him and realize his dreams too.

Rodgers + Hammerstein’s CINDERELLA has music by Richard Rodgers, lyrics by Oscar Hammerstein II, a new book by Douglas Carter Beane and original book by Oscar Hammerstein II. Originally directed by Mark Brokaw and choreographed by Josh Rhodes, the tour is directed by Gina Rattan and choreographed by Lee Wilkins. Music adaptation and arrangements are by David Chase and music supervision is by Greg Anthony Rassen. Orchestrations are by Bill Elliott and are adapted from the original Broadway orchestrations by Danny Troob.

Mr. Beane’s book for Rodgers + Hammerstein’s CINDERELLA blends masterfully with the musical’s cherished score with songs including “In My Own Little Corner,” “Impossible/It’s Possible,” “Ten Minutes Ago” and “Do I Love You Because You’re Beautiful?”

ABOUT ASSOCIATED BANC-CORP
Associated Banc-Corp (NYSE: ASB) has total assets of $29 billion and is one of the top 50 publicly traded U.S. bank holding companies. Headquartered in Green Bay, Wisconsin, Associated is a leading Midwest banking franchise, offering a full range of financial products and services from over 200 banking locations serving more than 100 communities throughout Wisconsin, Illinois and Minnesota, and commercial financial services in Indiana, Michigan, Missouri, Ohio and Texas. Associated Bank, N.A. is an Equal Housing Lender, Equal Opportunity Lender and Member FDIC. More information about Associated Banc-Corp is available at www.associatedbank.com.

BROADWAY ACROSS AMERICA is part of The John Gore Organization family of companies, which includes Broadway.com and The Broadway Channel.  Led by 9 time Tony-winning producer John Gore (Owner & CEO), BAA is the foremost presenter of first-class touring productions in North America, operating in 41 markets with over 270,000 subscribers. Current and past productions include Beautiful, Cats, Chicago, Fiddler on the Roof, Finding Neverland, Million Dollar Quartet, Hairspray, On Your Feet!, School

of Rock and The Producers. Broadway.com is the premier theater website for news, exclusive content and ticket sales. For more information please visit BroadwayAcrossAmerica.com and Broadway.com.