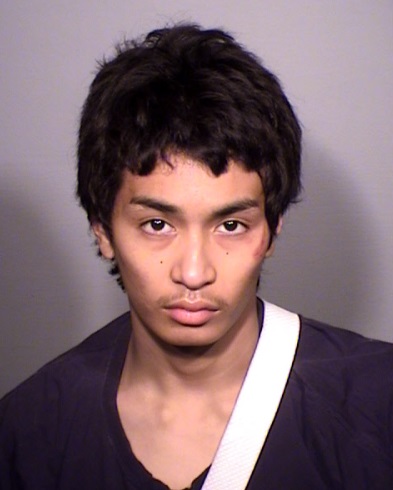 MILWAUKEE, WI – On Saturday, January 29, 2022, the Milwaukee County District Attorney’s Office issued criminal charges against Jetrin J. Rodthong in connection to the shooting of a Milwaukee Police Department officer that occurred on Thursday, January 27, 2022, at approximately 6:27 p.m., on the 2100 block of W. St. Paul Avenue. The officer was dispatched to a sick/injured person and encountered Rodthong slumped over in a vehicle. Rodthong attempted to flee, brandished a firearm and fired shots. The officer and the suspect exchanged gunfire. Both Rodthong and the officer were struck. Rodthong was later apprehended after he was involved in a crash that occurred when he fled in the wounded officer’s squad car.

Rodthong was charged with one count of Attempt First-Degree Intentional Homicide, Use of a Dangerous Weapon, one count of Operate a Vehicle Without Owner’s Consent, three counts of Bail Jumping, one count of Second Degree Recklessly Endangering Safety, one count of Hit and Run – Injury and one count of Possession of Methamphetamine. If convicted, he could face up to 137 years, 3 months in prison and he could be fined up to $175,000.

The Milwaukee Police Department would like to thank all the community members who assisted our officer as well as the professional care and assistance from the Milwaukee Fire Department, Froedtert Hospital staff and numerous law enforcement agencies. We continue to wish our officer a speedy recovery.

Suspect Criminally Charged in Connection to a Christmas Eve Homicide