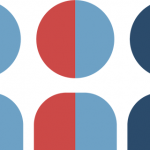 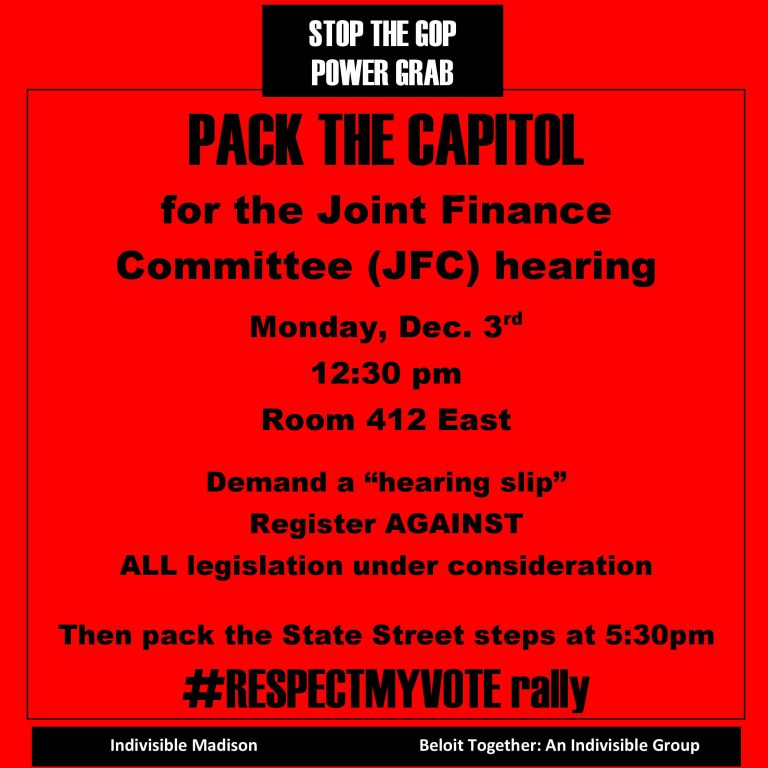 A 141-page bill introduced in extraordinary session would consolidate power with the GOP-controlled legislature. It virtually overturns Wisconsin voters’ call for new leadership. This is nothing less than a coup.

Indivisible Madison is leading the resistance to the GOP leaders’ proposals. They have called for voters from all over the state to pack the Capitol for the Joint Finance Committee (JFC) hearing on Monday, December 3, at 12:30pm. They also have organized the #RESPECTMYVOTE rally at 5:30pm the same day for voters to voice their objections to this power grab.

Twitter has been alive with the help of Ben Wikler – DC Director for MoveOn and a Madison, WI native. He has attracted a lot of national attention and he’s been invaluable advisor to Indivisible Madison. He’s heading from DC to Wisconsin to be at the hearing and rally.

WHERE: State St. steps of the Wisconsin State Capitol

Indivisible is a nationwide resistance organization founded shortly after Trump was elected president to resist his and the GOP Congressional agenda. Many of these groups – like Indivisible Madison – have also chosen to fight the state GOP agenda. There are approximately 5,000 resistance groups across the country registered with Indivisible, and nearly 100 in Wisconsin alone. Putting our strength together makes us a power to be reckoned with.

Indivisible Madison specializes in rapid response events and notices. They also organized the recent Trump Is Not Above the Law rally (in 24 hours), put together the organizing team for Families Belong Together (in one week), and organized the Candlelight Vigil in Solidarity with Charlottesville (in 24 hours).