“Immunizations are safe and effective and not only protect the child, but the people around that child, too.”

The Wisconsin Department of Health Services (DHS) today announced the launch of a statewide campaign to encourage parents to get their children immunized. The campaign includes advertisements on radio, the web, and social media platforms, and is targeted to parents of children 0-3 years old, and pregnant women who are making decisions about immunizing their babies.

“Immunizations are safe and effective and not only protect the child, but the people around that child, too,” said Jeanne Ayers, State Public Health Officer. “While measles is on everyone’s mind with outbreaks across the country, it’s important for parents to know immunizations protect children from 14 serious illnesses, some that could be deadly.”

In 2018, the statewide vaccination rate for children 0-24 months was 72.14% for the series of vaccines that include protection against diphtheria, tetanus, polio, measles, mumps, Haemophilus Influenzae Type b, Hepatitis B, Varicella (Chicken Pox), and pneumococcal bacterial infections.

In addition to the media campaign, the department also recently awarded its “Big Shot” awards to Wisconsin healthcare providers who are champions at encouraging parents to have their children immunized. In addition, DHS has announced that the Centers for Disease Control and Prevention (CDC) has named Amy Braeger, RN, its 2019 CDC Childhood Immunization Champion for Wisconsin(link is external). Braeger, a school nurse in the West Bend School District, reached her goal of achieving a 99% vaccination rate in the district.

“Doctors and nurses are great partners in educating parents about immunizations and the doses necessary to maintain health. Parents should always ask their doctors any questions they have about the immunizations their child needs, the number of doses needed, and address any concerns they might have,” Ayers said.

Funding for the advertising campaign comes from a grant from the CDC. 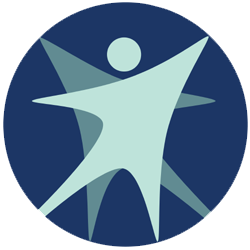 May 23rd, 2022 by Wisconsin Department of Health Services