“I am appalled by the latest revelations of child abuse and sexual assault that occurred in Gov. Walker’s Department of Corrections.” 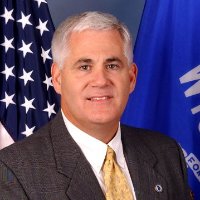 “I am appalled by the latest revelations of child abuse and sexual assault that occurred in Gov. Walker’s Department of Corrections. Sec. Wall’s resignation doesn’t change the fact that Gov. Walker and his top aides ignored critical safety warnings for more than four years.”

“Rather than covering up Gov. Walker’s failure to act, the Legislature should immediately assert its oversight authority and hold hearings on the safety and treatment of children at Lincoln Hills. Democrats have introduced a series of Correction Reform measures that remain stalled in Republican legislative committees. In addition to holding officials accountable, we need to address the serious safety and security concerns at Gov. Walker’s correctional facilities and immediately pass these reform measures.”