Models from around the Midwest will show retro fashion from across the globe; event benefits the Stars & Stripes Honor Flight 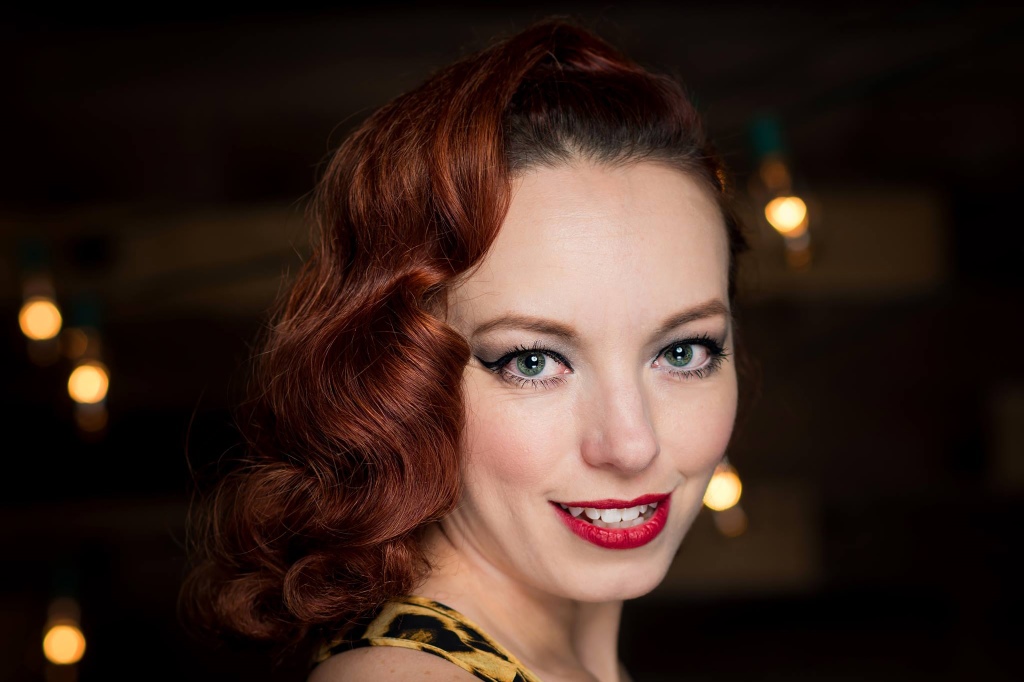 The event is being organized by Pam Pfeifer, Milwaukee-based pinup model and retro fashion designer. Pfeifer will be debuting her new, locally produced retro fashion line, PMDesigns by Pamela Marie, while lines from at least seven other local, national and international designers will also be shown.

Proceeds from the event will be donated to the Stars & Stripes Honor Flight, for which Pfeifer is a volunteer. A check presentation ceremony will be held at the end of the event.

The event will start at 6 p.m. and run for approximately two hours. Tickets are currently available to the general public at retroaffair.eventbrite.com, with seats along the runway priced at $55. Media are welcome to both cover the event and contact Pfeifer for availability prior to the event.

The event will feature apparel from at least eight different designers, with a focus on local and international brands. Pfeifer is hoping to introduce much of the retro and vintage-inspired fashion she discovered on a 2015 trip to London to the Midwest. A pair of England-based brands, BlackButterfly and Lady V London, will be included in the show.

Local designers will also be highlighted. The PMDesigns by Pamela Marie line has been created entirely in Milwaukee by Pfeifer herself, utilizing vintage and retro-inspired patterns. Items from Milwaukee’s Brass Rooster haberdashery and Hen House women’s hat shop will also be featured.

Thirty models will walk the runway, selected from a group of nearly 60 who showed interest from across the Midwest. Women of all shapes and sizes were both encouraged to apply and selected. A stated goal of the event is to promote body positivity and the idea all women, no matter their body type, are beautiful. Hair and makeup for the models will be provided by Bonnie Holly and The Revolution Hair Studio in South Milwaukee, Wis. 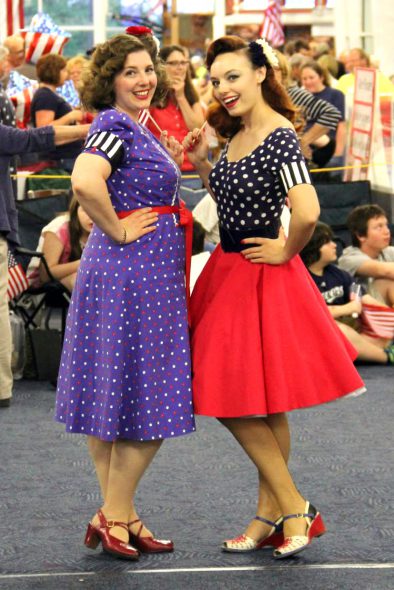 Pfeifer is best known locally as one of two volunteer “Bombshell Girls” for the Stars & Stripes Honor Flight, a charitable effort to honor elderly local veterans of World War II, the Korean War and other foreign wars. The flights are currently held four times annually, transporting the veterans from Milwaukee to Washington, D.C. to spend the day touring the various memorials to their efforts and fallen brethren. They then return to Milwaukee with a celebratory homecoming, often attended by hundreds of people, at General Mitchell International Airport.

Pfeifer and fellow “Bombshell Girl” Molly Maka have been involved since 2010, attending the homecoming in vintage or vintage-inspired retro apparel and makeup. The duo tours the crowd of well-wishers before the flight to pose for pictures, then is among the first to welcome the veterans home with candy and a kiss on the cheek, in the style of the USO girls of the day.

Pfeifer plans to make a sizable donation to the Stars & Stripes Honor Flight from the proceeds of the event at the end of the night. A representative from the Honor Flight will be present to accept.

MORE THAN A FASHION SHOW

To further help the charitable effort, the event will also feature a silent auction, featuring over 15 items donated by Kalahari Resorts in Wisconsin Dells, Wis., the Country Springs Hotel in Waukesha, Wis., the Wisconsin State Fair, Summerfest, Potawatomi Hotel & Casino and others.

Maka, also a local vocalist, will both perform a song during the show and join Pfeifer as a model. Dan Pfeifer, Pam’s husband and a voice familiar to Milwaukeeans as the PA announcer for Lakeshore Chinooks baseball, will serve as the event’s emcee. Double Platinum DJ Service has partnered with the show to provide dynamic event lighting.

In addition to Pam’s work with the Stars & Stripes Honor Flight, she has achieved international success as a pinup and retro model under the name Pamela Marie. Her Facebook fan page has nearly 40,000 followers worldwide. She has appeared in over 20 print publications and has worked with professional photographers in London, New York, Los Angeles, Chicago and Las Vegas. A complete listing of her credits can be found at pam2481.wixsite.com/pinuppam/about-me.

Pam hopes to translate her visibility as a model into the successful launch of PMDesigns by Pamela Marie. As a designer and seamstress, Pam previously created intricate period dresses she herself wore as a member of the cast of the Bristol Renaissance Faire for 10 years. With PMDesigns by Pamela Marie, Pam wants to show the simple beauty and style of the American woman of the 40’s and 50’s can still be easily and fashionably worn today.

Pam hopes “A Retro Affair” can become an annual, destination event for Milwaukee & the Midwest.