On Friday, August 19th at 9:15 AM, Mike Meyer, husband of recent 20th District Assembly candidate Julie Meyer, is required to appear at the Milwaukee County Courthouse, Rm. 712, to defend himself against allegations made by Representative Christine Sinicki that led to a Temporary Restraining Order granted on Monday, August 8th, a day prior to the August 9th primary election.

Rep. Sinicki claimed that Mike Meyer was harassing her based on his presence at the Humboldt Park Beer Garden, where she was hosting a public fundraiser. Rep. Sinicki also claimed that Mike Meyer was contacting her friends and neighbors to accuse her of “peeking in his daughters (sic) windows.”  Mike Meyer will testify that he was knocking on doors and talking to voters in support of his wife’s campaign in Rep. Sinicki’s ward and that he never once made the accusation alleged.

Rep. Sinicki’s handwritten letter in support of her request for a restraining order is attached.  As has been reported, the State Representative’s letter misspelled Mike Meyer’s first and last name, includes “multipal (sic)” other misspellings and grammatical errors, and defames Mike Meyer with demonstrably false attacks under oath.

The video referenced in the legal document shows a confrontation between Mike Meyer and Rep. Sinicki’s son, who is shown to initiate the confrontation.  Rep. Sinicki claims that Meyer’s comment, “if you’re feeling froggy, sir, just jump,” was a threat of violence against her son.

Temporary Restraining Orders are easily obtainable because it is good public policy to believe victims that have the courage to step forward with allegations of harassment.  Rep. Christine Sinicki’s abuse of this process is an appalling political tactic that should never be repeated because it risks a change to a more restrictive law that could endanger victims of domestic abuse in the future. 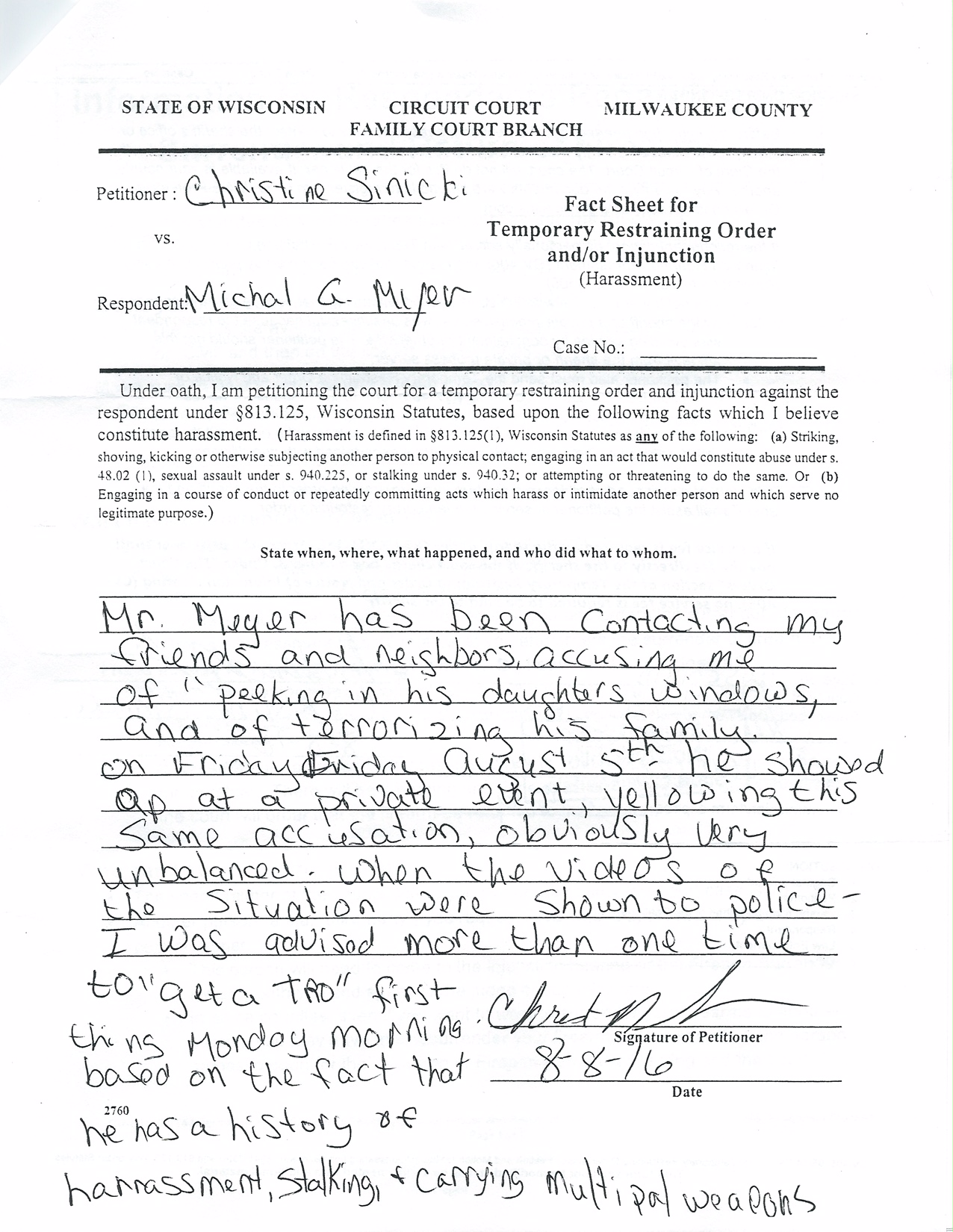 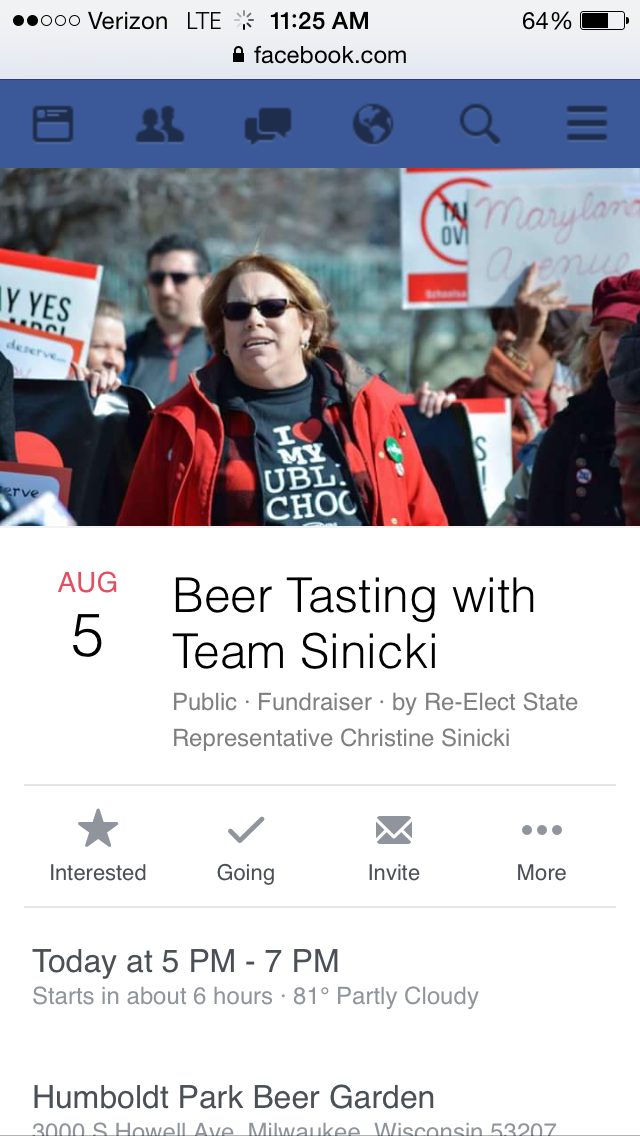