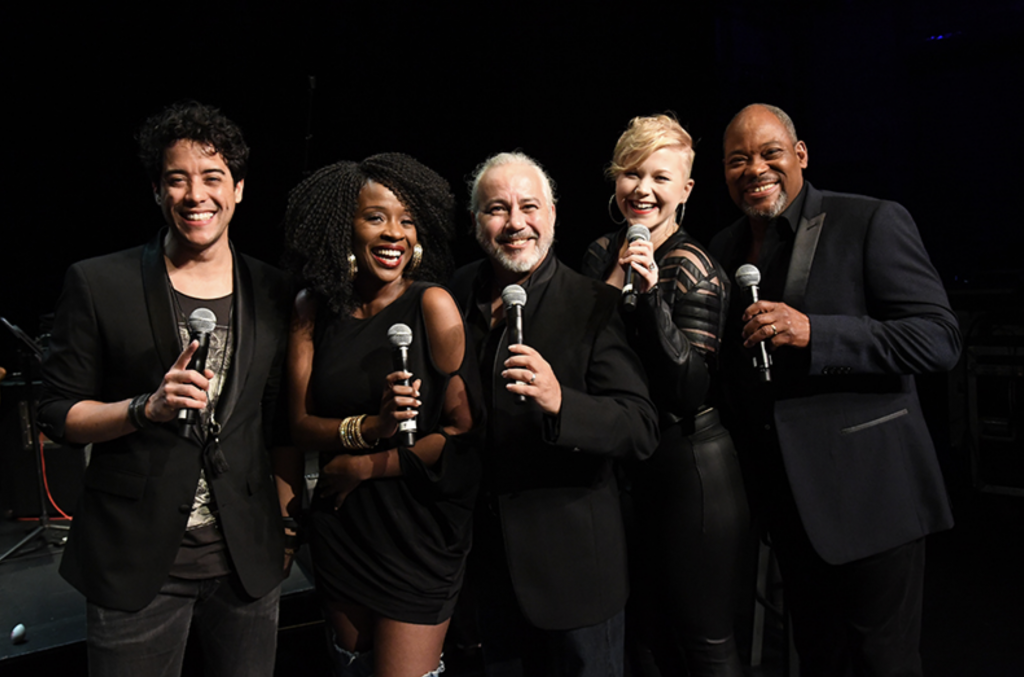 With a cast consisting of both stars from Broadway’s greatest rock musicals, as well as incredible Rock & Roll singers, Neil Berg shares the often unknown stories from the fifty-year history of the music that changed the world forever!

Tickets go on sale this Friday, January 31 at 12:00 pm and are available in person at 929 North Water Street, Downtown Milwaukee, by phone at 414-273-7206 or online at MarcusCenter.org or Ticketmaster.com. Groups of 10 or more can purchase now by calling Group Sales at 414-273-7121 x210 or x213. This performance is part of the MC Presents series and is sponsored The Fitz at the Ambassador.

ABOUT THE MARCUS PERFORMING ARTS CENTER
Established in 1969, the Marcus Performing Arts Center is the premier performing arts community gathering space in Southeastern Wisconsin. As the Marcus Center celebrates its 50th anniversary, it continues to build bridges between diverse members of our community through high-quality arts entertainment in the region and the state. The touring Broadway series, sponsored by Johnson Financial Group, is recognized as bringing the best of Broadway entertainment to Milwaukee for the past 20 years and provides opportunities to educate, entertain and engage audiences. The Marcus Center is also the home to the Milwaukee Symphony, Milwaukee Ballet, Florentine Opera, First Stage plus a variety of other important community and family events throughout the year. For more information about events visit the Marcus Center website at www.MarcusCenter.org. The Marcus Center is a private non-profit 501(c) 3 corporation and is a dedicated veterans memorial in Milwaukee.

ABOUT THE FITZ AT THE AMBASSADOR HOTEL
The Fitz, located in the iconic Ambassador Hotel, is one of three reimagined dining entities opened in late June 2017.  The Fitz joins Gin Rickey and Deco Café as part of the Ambassador’s “Trifecta of Dining Excellence”.  The Fitz features a menu of bold, creative flavors, crafted with influences from yesteryear by the culinary expertise of award winning Chef Jason Gorman. The Fitz’s name is a nod to F. Scott Fitzgerald and his energy and creative storytelling throughout the roaring twenties, the decade during which The Ambassador Hotel was founded. The Fitz offers breakfast, lunch, dinner and Sunday brunch, each of which celebrates the rich history of the hotel with Gorman’s contemporary take on the classics.  Guests of the Ambassador Hotel, the Fitz, Deco Café’ and Gin Rickey are all welcome to take advantage of complimentary parking at the hotel and complimentary shuttle service to and from the Marcus Performing Arts Center.