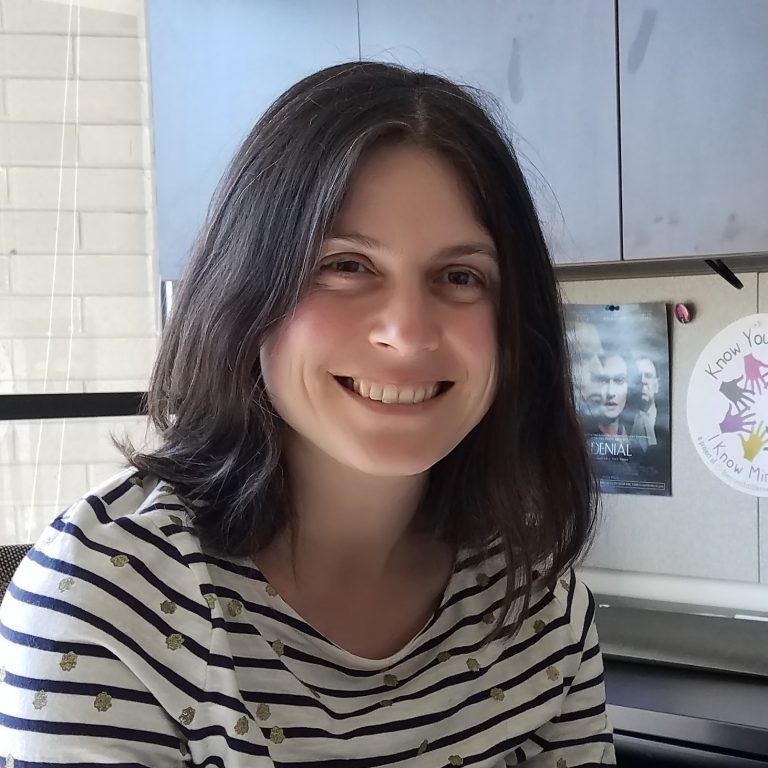 MILWAUKEE (June 22, 2018) – Milwaukee Jewish Federation (MJF) recently announced the hiring of its new Hours Against Hate coordinator, Andrea Bernstein. Hours Against Hate is a newly re-launched program of MJF that is designed to dismantle bigotry by encouraging community members to interact with individuals of a different race, culture, religion, class or sexual orientation.

“Andrea’s dedication to promoting advocacy and creating connections across all cultures will make her a great asset to the Hours Against Hate initiative,” said Elana Kahn, Director of the Jewish Community Relations Council of MJF. “Due to our current social climate, having this program and someone in her role has never been so important and timely; we look forward to the impact she will make on the Milwaukee community.”

Bernstein comes to MJF and Hours Against Hate with a strong background in community building, volunteer participation coordination, and event planning. She holds a Master’s degree in Social Work from the University of Wisconsin – Madison. Bernstein also holds leadership positions with the Fox Point-Bayside Educational Foundation Board and the National Council of Jewish Women. For her work, the National Council of Jewish women honored her as an Emerging Leader in 2016.

In this new role, Bernstein will work to promote respect across various lines of culture through the use of service-oriented programming for adults and children. Her role will also include representing Hours Against Hate at cultural events and engaging with community leaders to raise awareness of diversity initiatives in the city.

“I believe deeply in the value of this program and look forward to building on the great work of the current MJF team to expand the initiative into more workplaces and schools in the Greater Milwaukee area,” said Bernstein. “I’m proud to be part of this movement.”

ABOUT ‘HOURS AGAINST HATE’

Hours Against Hate is a movement to help end hate in Milwaukee and throughout our greater community. Powerful in its simplicity, Hours Against Hate was founded on the idea that one-to-one interactions between individuals who are different from each other can promote respect and dismantle bigotry. The program mobilizes participants to spend an hour or more interacting with someone of a different race, culture, religion, tradition, class, sexual orientation, gender, or physical ability. Learn more online at www.HoursAgainstHate.com.