Joseph E. Kerschner, MD became the dean of the school of medicine and executive vice president of MCW in November 2011 following 10 months as interim dean. 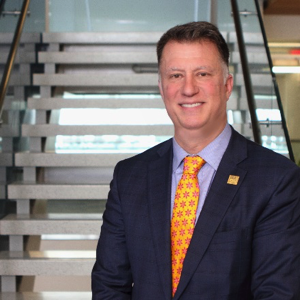 Milwaukee, Nov. 14, 2019 – Joseph E. Kerschner, MD, dean of the School of Medicine and executive vice president and provost of the Medical College of Wisconsin (MCW), has been named the new chair of the Association of American Medical Colleges (AAMC) board of directors.

Dr. Kerschner became the dean of the school of medicine and executive vice president of MCW in November 2011 following 10 months as interim dean. He assumed the additional role of provost in 2017 and also serves as professor in the departments of otolaryngology and communication sciences and microbiology and immunology.

In addition to his administrative roles, Dr. Kerschner maintains an active research laboratory focused on the causes of and potential new treatments for ear infections. He previously served as chair of the AAMC Council of Deans. Dr. Kerschner maintains active membership on numerous professional and honorary societies, is past president of the American Society of Pediatric Otolaryngology and immediate past president of the International Society for Otitis Media.

With a history dating back to 1893, The Medical College of Wisconsin is dedicated to leadership and excellence in education, patient care, research and community engagement.  More than 1,200 students are enrolled in MCW’s medical school and graduate school programs in Milwaukee, Green Bay, and Central Wisconsin in 2016. MCW’s School of Pharmacy opened in 2017. A major national research center, MCW is the largest research institution in the Milwaukee metro area and second largest in Wisconsin. In FY2016, faculty received more than $184 million in external support for research, teaching, training and related purposes. This total includes highly competitive research and training awards from the National Institutes of Health (NIH). Annually, MCW faculty direct or collaborate on more than 3,100 research studies, including clinical trials. Additionally, more than 1,500 physicians provide care in virtually every specialty of medicine for more than 525,000 patients annually 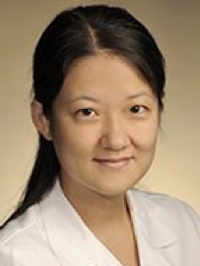 Applications are now being accepted for this program.