Dr. Germán D. Carrillo was instrumental in earning this national honor that was awarded to only 13 chapters nationwide in 2016. 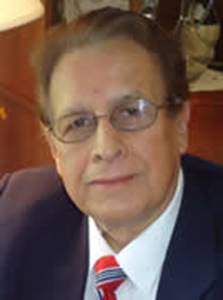 For the 24th consecutive year, Marquette University’s Gamma Gamma Chapter of Sigma Delta Pi, the National Collegiate Hispanic Honor Society, has been named an “Honor Chapter” for its outstanding activities in 2015-16. No other chapter in the nearly 97-year-history of Sigma Delta Pi has received this award as many times or in as many consecutive years as Marquette. Dr. Germán D. Carrillo, long-standing Gamma Gamma Chapter Adviser and Professor of Spanish who retired from Marquette at the conclusion of the 2015-16 academic year, was instrumental in earning this national honor that was awarded to only 13 chapters nationwide in 2016. Due to Dr. Carrillo’s extraordinary service to Sigma Delta Pi at both the national and local levels, an inaugural service award, the Germán D. Carrillo Award, was established in his name and presented to Dr. Comfort Pratt of Texas Tech University during Sigma Delta Pi’s Triennial Convention on July 8 in Miami, FL. Finally, because Marquette’s chapter earned “Honor Chapter” status each year during the 2013-16 triennium, Gamma Gamma was one of only 8 chapters to receive the prestigious Octavio Paz Award in 2016.

Each summer, the over 610 chapters of Sigma Delta Pi are asked to submit an annual report detailing their numerous activities and projects from the academic year. Based on these reports, the National Executive Committee chooses approximately 10-15 “Honor Chapters” annually. This recognition is based upon the caliber of chapter projects that reflect the Sigma Delta Pi mission of honoring excellence in the study of the Spanish language, contributing to cultural understanding and upholding the goals of the society.

With its national office at the College of Charleston in South Carolina, Sigma Delta Pi is a member of the Association of College Honor Societies, the nation’s only certifying agency for college and university honor societies.