The standards are expected to be approved by a majority of the state’s 447 school districts. 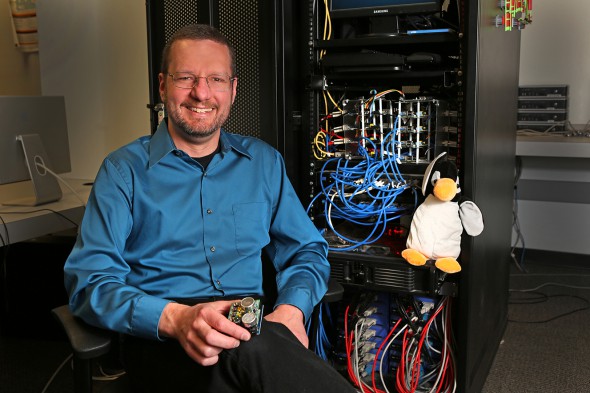 The standards, approved in late June by Tony Evers, Wisconsin Superintendent of Public Instruction, are expected to be approved by a majority of the state’s 447 school districts.

“Computer science has become a foundational skill that all students need to have access to during the formative K-12 years regardless of their occupational path,” Brylow said.

The Computer Science Standards Writing Committee, co-chaired by Brylow, developed the first template for Wisconsin schools to implement computer science academic standards for K-12 districts. It calls for computer science content and concepts to be integrated throughout the curriculum in elementary schools.

It also recommends that all middle and high school students have access to computer science instruction, including advanced courses for students who want them.

“Kids who are in school today are not going to be in traditional jobs,” Brylow said. “They aren’t going to operate a welding machine — they are going to be programming the welding robot.”

Computer science is the study of computers and algorithmic processes, including their principles, their hardware and software designs, their applications, networks and their impact on society.

“This set of Wisconsin standards will ensure consistency in academic expectations across the districts that adopt them, and will establish a consistent way for educators in the field to connect and share resources assisting in our shared goal to ensure every student is a graduate, college and career ready,” Evers wrote in a letter to Brylow and his co-chair, Joseph Kmoch, a longtime computer science educator in southeastern Wisconsin.

Brylow’s work to establish the state standard is the latest example of Marquette’s leadership in computer and data science.

“This is another example of Marquette taking leadership in emphasizing the need for computer science earlier and earlier in students’ education,” said Richard Holz, dean of the Helen Way Klingler College of Arts and Sciences.

Other examples of Marquette’s efforts in computer and data science education: