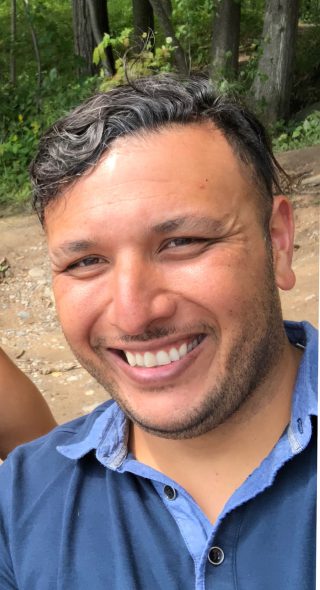 MILWAUKEE — Dr. Grant Silva, associate professor of philosophy in the Klingler College of Arts and Sciences at Marquette University, is the recipient of the Helen Way Klinger Sabbatical Award.

The award allows Silva to conclude his book, “Liberation is to the Americas what the Enlightenment is to Europe.” The book details the nature and significance of philosophical inquiry from the standpoint of liberatory philosophy in the Americas. Drawing from Latin American philosophy, political philosophy and philosophers of race and ethnicity, Silva argues that there is an important difference between philosophizing from freedom and philosophizing for the sake of freedom. While much of Western philosophy emphasizes personal enlightenment and individual liberty, Silva suggests that philosophers need to contribute more to social emancipation and the liberation of the human mind from the legacy of European colonization and other ways of thinking contoured by oppression.

Through the sabbatical, Silva will spend one year researching in Milwaukee, Los Angeles and Mexico City. He is slated to present his research on racism at the National Autonomous University of Mexico and will also guest lecture — in a format yet to be determined because of the coronavirus — at Whittier College; Occidental College; Mount Saint Mary’s University, Los Angeles; California State University; and the University of California San Diego. He then plans to return to Mexico City to access archives and gain feedback on various manuscripts and papers.

“I argue that most academic philosophy takes place in a sterilized abstract setting that devalues its social significance and ability to contribute to the lives of those in positions of oppression,” Silva said. “While this work furthers my articulation of the central distinction between ‘liberation’ and ‘enlightenment,’ the book itself consists of a series of comparisons between well-recognized figures from the history of Western philosophy and not-so recognized thinkers who have much to offer my discipline.”

Dr. Kevin Gibson, then professor and chair of philosophy in the Klingler College of Arts and Sciences at the time of nominating Silva for the award, said Silva is highly deserving of the sabbatical and his work is likely to have a direct impact on social policy issues.

“Dr. Silva brings fresh perspectives and insights to the discipline,” Gibson said. “Notoriously, philosophy has been the province of white males writing in traditional discourses. Dr. Silva’s work shakes these assumptions and engages accepted and well-entrenched ideas by employing contemporary insights and distinctions.”

“Being awarded the sabbatical is a true honor and testament to my dedication to my studies,” Silva said. “I look forward to continuing my work.”

The Way Klingler Sabbatical Award is nominated annually by the Sabbatical Review Committee. The recipient receives his or her full salary, plus two additional months of summer pay and $10,000 to fund travel and expenses related to research conducted during the yearlong sabbatical.