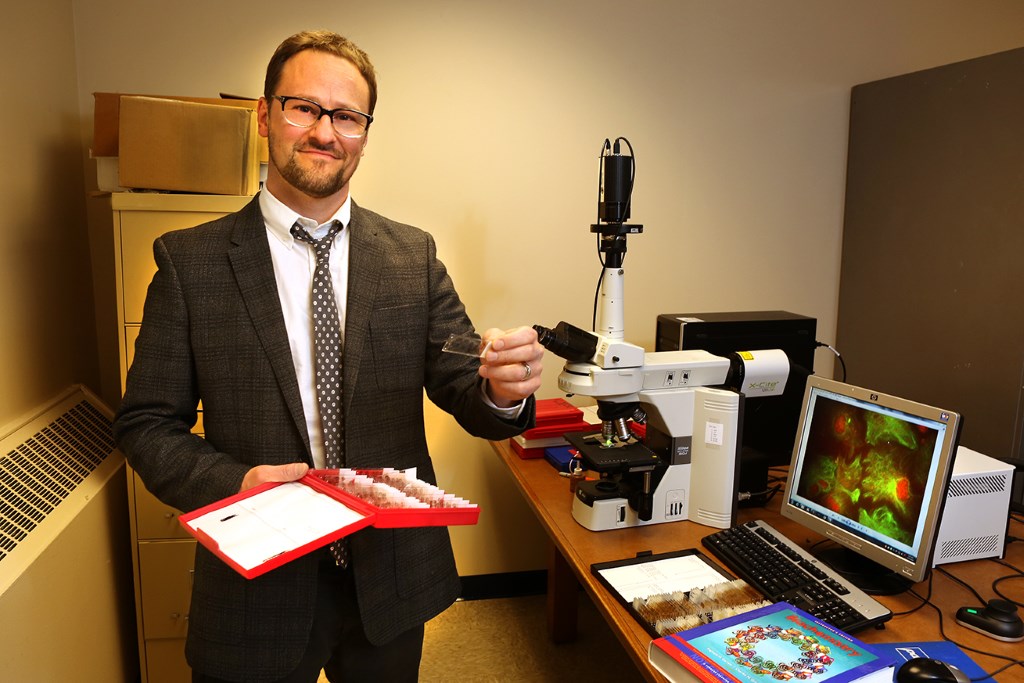 Gasser began at Marquette in 2007 with one goal already in mind, to awaken a curiosity and excitement in his students, particularly those in his undergraduate biochemistry courses.

Gasser’s peers and students alike praise his teaching and passion for “lifelong commitment” to education.

“Anyone who teaches puts in a huge amount of time and effort and hopes that these efforts are effective and appreciated,” Gasser said. “So receiving an award like this is a big validation that all the effort did not go unnoticed.”

Teaching Excellence Awards are the highest honor bestowed upon Marquette University faculty members. Recipients are nominated by their colleagues and students for demonstrating excellence as teacher-scholars.