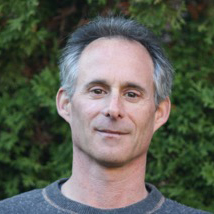 MILWAUKEE — Dr. Stefan Schnitzer, Mellon Distinguished Professor of Biology in Marquette University’s Klingler College of Arts and Sciences, was recently awarded a four-year, $900,000 grant from the National Science Foundation for continued studies into determining the drivers of ongoing large-scale changes in tropical forests, which Schnitzer’s research shows is critical to predicting the long-term effects of global climate change.

In an earlier study, Schnitzer linked the competitive effects of woody vines called lianas on trees to the loss of carbon storage in tropical forests. Now armed with the NSF grant, he will use a series of cutting-edge approaches to determine what is causing increases in the vines’ abundance relative to trees.

The study, Determining the Functional Basis for Increasing Liana Abundance in Neotropical Forests, will identify the liana species in central Panama that are increasing, determine the suite of morphological and physiological functional traits that explain the increase in those species, and experimentally test the most likely factors responsible for liana increases (e.g., disturbance, drought, elevated CO2 and nitrogen deposition).

According to Schnitzer, determining the increase in liana abundance in tropical forests will allow a better understanding of the factors that control tropical plant abundance and distribution, one of the fundamental goals in ecology.

“Given the evidence that lianas are increasing in neotropical forests, and that lianas have the capacity and propensity to alter tropical forest dynamics, composition, and functioning, the study is urgent and will provide critical data on the rate of liana increases and the putative factors responsible for these increases,” Schnitzer added.

About the Schnitzer Lab
The Schnitzer Lab at Marquette University focuses on understanding the forces that structure plant communities, maintain species diversity, control species distributions and allow species to coexist. The lab implements a combination of large-scale experimental and observational studies designed to determine the mechanistic basis for plant species distributions, as well as how plant community diversity is maintained and how plant communities regenerate, compete and interact. The majority of its work is in tropical forests, but lab researchers also work in temperature forests and grassland.