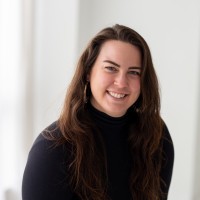 MILWAUKEE — Marquette University has announced Kaleigh Atkinson and Marquise Mays as recipients of filmmaker fellowships for emerging or early-career filmmakers intended to provide a significant impact on their career trajectory.

“We are pleased to work with another tremendous pair of emerging filmmakers,” said Kris Holodak, assistant professor of digital media and performing arts. “It is an exciting opportunity for us to offer resources to a couple of talented artists with unique and powerful voices. Both Kaleigh and Marquise have exciting projects in the works that will highlight the tremendous stories of people in our local communities, which will also resonate with much wider audiences.”

Atkinson’s film, “Anti-Heroes,” follows the stories of people with criminal records who have created anti-mass-incarceration initiatives throughout the state of Wisconsin. The film witnesses these people as they empower others coming out of incarceration, therefore empowering themselves by walking a path of self-fulfilling redemption.

Atkinson is a documentary filmmaker and photographer whose work questions societal stigmas by using the art of storytelling. Her mixed media documentary, “My Disordered Eating,” sought to raise awareness about what it’s like to live in recovery from an eating disorder and mental suffering. She is a graduate of the University of Wisconsin-Milwaukee and has previously worked for 371 Productions in Milwaukee, which produced films that aired nationally on PBS and circulated film festivals around the United States. 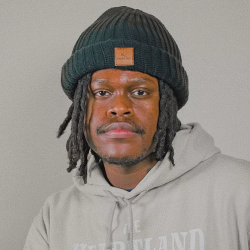 Mays will highlight The Black String Triage Ensemble through his film, “Black Strings.” The ensemble is based in Milwaukee and works to declutter the grief process by presenting music as a structure and an option to heal the deep wounds the community often carries. The group recognizes that grief is not a linear process and works to restructuring its often-messy stages through music.

Mays is a filmmaker and media scholar from Milwaukee. He graduated from the University of Wisconsin-Madison and earned his master’s degree in cinema and media studies from the University of Southern California. His work presents a range of access points for participation in dialogues, theoretical deliberations, and creative enterprises related to the projections of Black life on screen. Most recently, his film, “The Heartland,” was selected to be a part of an emerging filmmaker series curated by John Ridley, founder of NŌ STUDIOS and Academy Award-winning screenwriter of “12 Years a Slave.”

Each fellowship is a one-year, project-based program during which fellows will receive access to equipment and facilities at Marquette’s Diederich College of Communication, shared office space in Marquette’s office at NŌ STUDIOS with high-end editing capabilities, student interns to help on productions, advice and mentorship from Marquette faculty, and a small stipend. In exchange, fellows will speak in relevant classes once each semester and mentor student interns.