"s a Catholic, it was my honor to host Archbishop Listecki and Bishop Hying at my Madison office to talk about important issues facing our area." 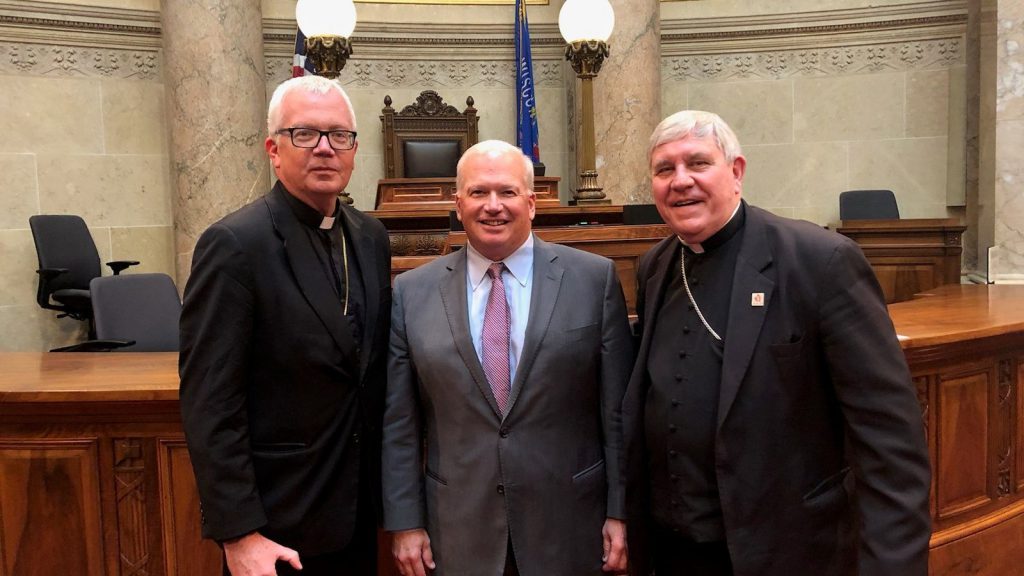 “As a Catholic, it was my honor to host Archbishop Listecki and Bishop Hying at my Madison office to talk about important issues facing our area. I’ve worked to fight human trafficking in the 13th Senate District, and know that there is work still to be done throughout southeast Wisconsin. I appreciate their partnership in our important efforts to stop these attacks on human life and dignity.

“We also discussed protecting the lives of the unborn. During my career in the Legislature, I’ve worked to promote pro-life policy and even authored the state’s partial-birth abortion ban. As Majority Leader, I will continue to look for ways that the Legislature can take a pro-life stand.”

One thought on “Majority Leader Fitzgerald Meets with Archbishop Listecki, Bishop Hying at the Capitol”