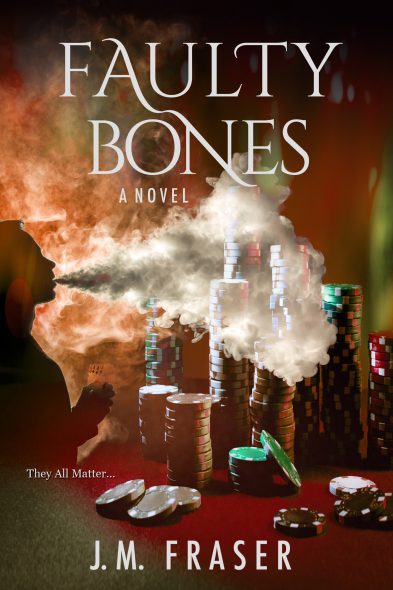 MENOMONEE FALLS, Wis. – Joe Fraser, president of Russ Darrow Leasing, has published his first novel, “Faulty Bones,” a fantasy romance where love-struck gamblers navigate mobsters and a supernatural force in a battle to get their worlds back on track.

Fraser has pledged double his royalties for the first 2,000 books sold to the Milwaukee Rescue Mission. The novel’s hero and heroine are both homeless, a plight that Fraser feels is not understood by the vast majority of people.

“The story begins and ends with a spotlight on homelessness,” Fraser said. “There are over half a million homeless in this country and about 1.5 million people who have used a shelter at some point in their lives. It is my belief that rather than rely on government bureaucracies to help the disenfranchised, those who have should take it upon themselves to help those who haven’t. Here’s an opportunity for 2,000 people to invest in this cause with me.”

While “Faulty Bones” calls attention to the homeless, Fraser promises an entertaining rollercoaster ride of a story with a blend of humor, fantasy, and romance.

Fraser has been writing as a hobby for the past 10 years and is a member of the Romance Writers of America. “I’m a businessman by day and writer by night, always striving to keep my analytic and creative sides in perfect harmony,” he said.

This is his first published novel, but two others, “The Witch of the Hills” and “The Multitude” will be released later in 2017. All three novels, dubbed the “Gabriella Trilogy” for a reappearing character, contain an element of the supernatural.

“Faulty Bones” has already obtained a favorable rating from Kirkus Reviews, an established book review publication, which stated: “The affecting depiction of (the heroine’s) struggle to right her life, along with the complex plot, give the novel depth and excitement.” “Faulty Bones” is available in iTunes, Barnes & Noble, Kobo, Amazon, and at http://a.co/fhBWKiO.