Last Buses Pull Out of Downtown Transit Center This Weekend

The Transit Center property was sold by Milwaukee County to developer Rick Barrett who is redeveloping the land into The Couture project.

MILWAUKEE – Transit history will be made this weekend when an MCTS bus pulls out of the Downtown Transit Center (DTC) for the final time. The Transit Center property was sold by Milwaukee County to developer Rick Barrett who is redeveloping the land into the Couture project. The Couture is planned as a 44-story high-rise building. The project will include access to the proposed MCTS Bus Rapid Transit (BRT) line and the City of Milwaukee Street Car.

“As this chapter in Milwaukee County history comes to a close, another exciting chapter begins,” said County Executive Chris Abele. “Not only will this project create thousands of good-paying jobs and millions of dollars in new economic development, the Couture development will also turn an underutilized piece of land into a generation defining and transformative landmark.”

Buses that serve the DTC will run their normal schedules on Saturday, August 27th. The Route 12 will be the last bus to ever leave the DTC in service when it pulls-out early Sunday morning (12:35am).

Final pull-out times for each route are below:

All routes that served the DTC will being new routing on Sunday, August 28th. The new routing will allow riders improved access to the Milwaukee Intermodal Station via Route 12, and a direct route to grocery stores, restaurants and the Lakefront for people living on the west side via Route 33. The new routing also clears up some bus congestion along Wisconsin Avenue.

To see maps of the new routes, visit RideMCTS.com 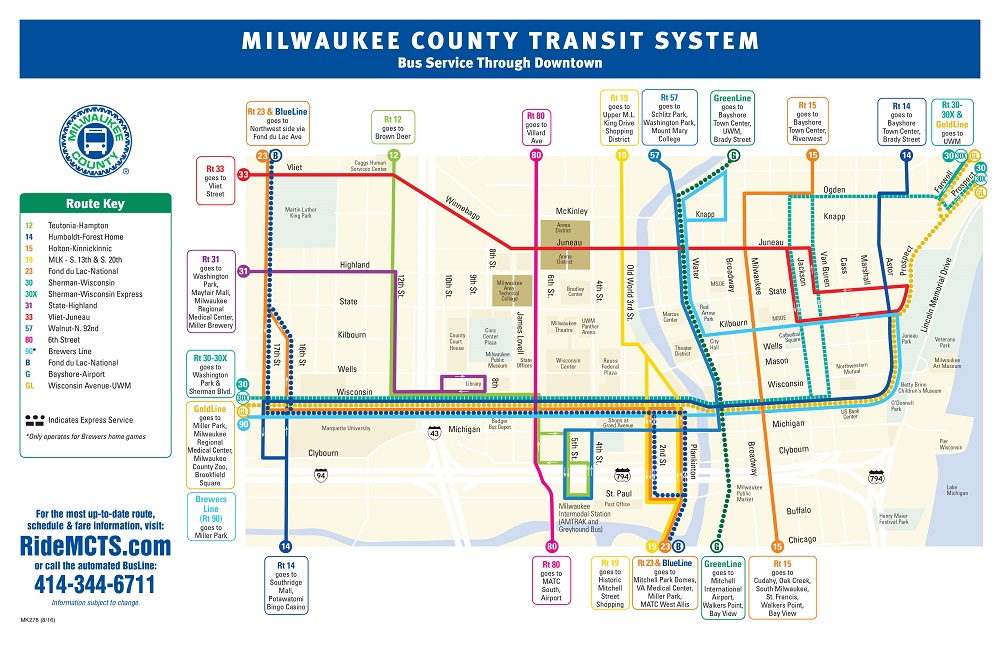