Largest gathering of the Welsh in America comes to Milwaukee 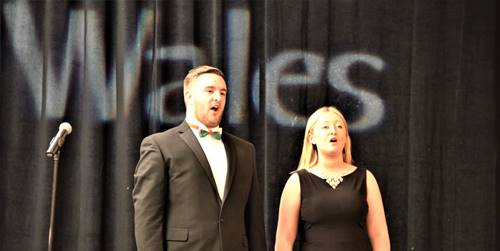 This North American tradition began in 1929 when over 4,000 people gathered at Niagara Falls for the first National Gymanfa Ganu (community hymn sing). It became the largest gathering of the Welsh, descendants, and friends in North America. The festival is celebrating its 90th anniversary this year. Prepare yourself for four full days of song, merriment, and camaraderie with old and new friends, celebrating the life, heritage, music, and culture of Wales in Milwaukee.

Hosted by the Welsh Gymanfa Ganu Association of Wisconsin and funded in part by the Women’s Welsh Clubs of America, this event is the largest gathering of Welsh and Friends in America.

The Festival concludes on Sunday, September 1, with two sessions of the National Gymanfa Ganu (Community Hymn Sing) which will be held at Immanuel Presbyterian Church, directed by Dr. Mari Morgan and accompanied by Steven Jensen. Please visit thewnaa.org for additional information.