John R. Kirby, PhD, Joins the Medical College of Wisconsin as Chair of Microbiology and Immunology

From 2014-2016, Dr. Kirby served as professor of microbiology at the University of Iowa. 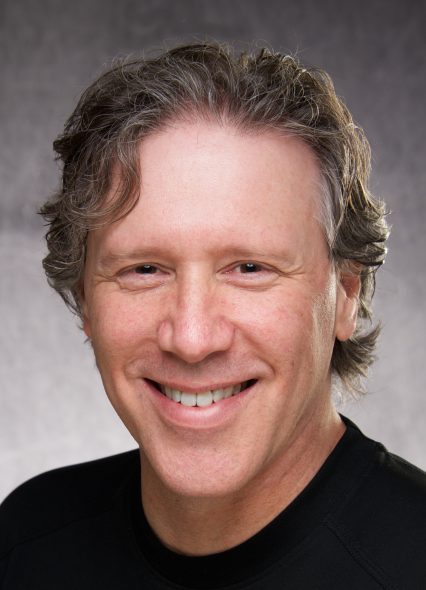 “We are pleased to welcome Dr. Kirby as he fills this prominent leadership role at MCW,” said Joseph E. Kerschner, MD, executive vice president of MCW and dean of the school of medicine. “His breadth and depth of knowledge, leadership experience and high regard within the national scientific community position Dr. Kirby well to continue to move the department forward on an innovative and groundbreaking path.”

At the University of Iowa, Dr. Kirby was a faculty member in the Center for Biocatalysis and Bioengineering; Medical Scientist Training Program; Interdisciplinary Graduate Programs in Genetics and Informatics; Fraternal Order Eagles Diabetes Research Center; Sloan Center for Exemplary Mentoring; Interdisciplinary Institute for Human Genetics; Behavioral-Biomedical Interface Training Program; Department of Urology (where he also served as director of Residents Research); and Obesity Research and Education Initiative. He was associate professor of Microbiology at the University of Iowa from 2007 to 2014, before being promoted to the rank of professor. From 2002 to 2006, Dr. Kirby was assistant professor of biology at the Georgia Institute of Technology.

Major areas of research focus for Dr. Kirby have been on signal transduction in diverse bacteria ranging from soil dwelling spore formers (Bacillus subtilis and Myxococcus xanthus) to biofilm forming pathogens, to microbial communities in the gut.  Dr. Kirby actively investigates interactions between M. xanthus and B. subtilis as a model for predator-prey interactions in vivo, primarily to assess the role of production of specialized metabolites on both sides of the predator-prey equation.  Additionally, he examines the role of xenobiotics for their capacity to disrupt the gut microbiota with deleterious consequences on metabolism.

Dr. Kirby has held numerous professional positions. Since 1997, he has been a member of the American Society of Microbiology. From 2006 to 2007, he was division chair for the American Society for Microbiology, Cell and Structural Biology, and served as the division advisor from 2007 to 2008.  He was an instructor at the Cold Spring Harbor Laboratory for the Advanced Bacterial Genetics Course from 2006 to 2010.  He also serves as science advisor for Hennepin Life Sciences, Academic Editor for PLOS ONE, and was the chair of the GRC on Sensory Transduction in Microorganisms. Additionally, Dr. Kirby serves on the editorial advisory boards of Molecular Microbiology and Frontiers in Microbiology.

He has been significantly involved in undergraduate, medical student, graduate and postdoctoral education, including serving as a thesis advisor and on thesis committees in anatomy and cell biology, biochemistry, bioinformatics, biology, epidemiology, genetics and microbiology.  He also served as a mentor to junior faculty members at the University of Iowa and several other institutions around the country.

Dr. Kirby has participated in approximately 115 invited lectures, workshops and presentations, both nationally and internationally. His bibliography includes almost 50 articles and book chapters.

He graduated from the University of Illinois at Urbana-Champaign in 1992 and received his PhD in Biochemistry from there in 1998.  From 1998-2002, Dr. Kirby was a postdoctoral fellow in molecular cell biology at the University of California, Berkeley.

Dr. Kirby has relocated to the Milwaukee area from Iowa City with his wife, Susanne Müller, PhD.

The Medical College of Wisconsin is the state’s only private medical school and health sciences graduate school.  Founded in 1893, it is dedicated to leadership and excellence in education, patient care, research and community engagement.  More than 1,200 students are enrolled in MCW’s medical school and graduate school programs in Milwaukee, 56 medical students are enrolled at MCW-Green Bay, and 26 students matriculated to MCW-Central Wisconsin in 2016.  MCW’s School of Pharmacy will open in 2017 or 2018 with an initial class size of 60 students.  A major national research center, MCW is the largest research institution in the Milwaukee metro area and second largest in Wisconsin.  In FY 2014-15, faculty received approximately $158 million in external support for research, teaching, training and related purposes, of which approximately $139 million is for research.  This total includes highly competitive research and training awards from the National Institutes of Health (NIH).  Annually, MCW faculty direct or collaborate on more than 3,200 research studies, including clinical trials. Additionally, more than 1,500 physicians provide care in virtually every specialty of medicine for more than 525,000 patients annually.