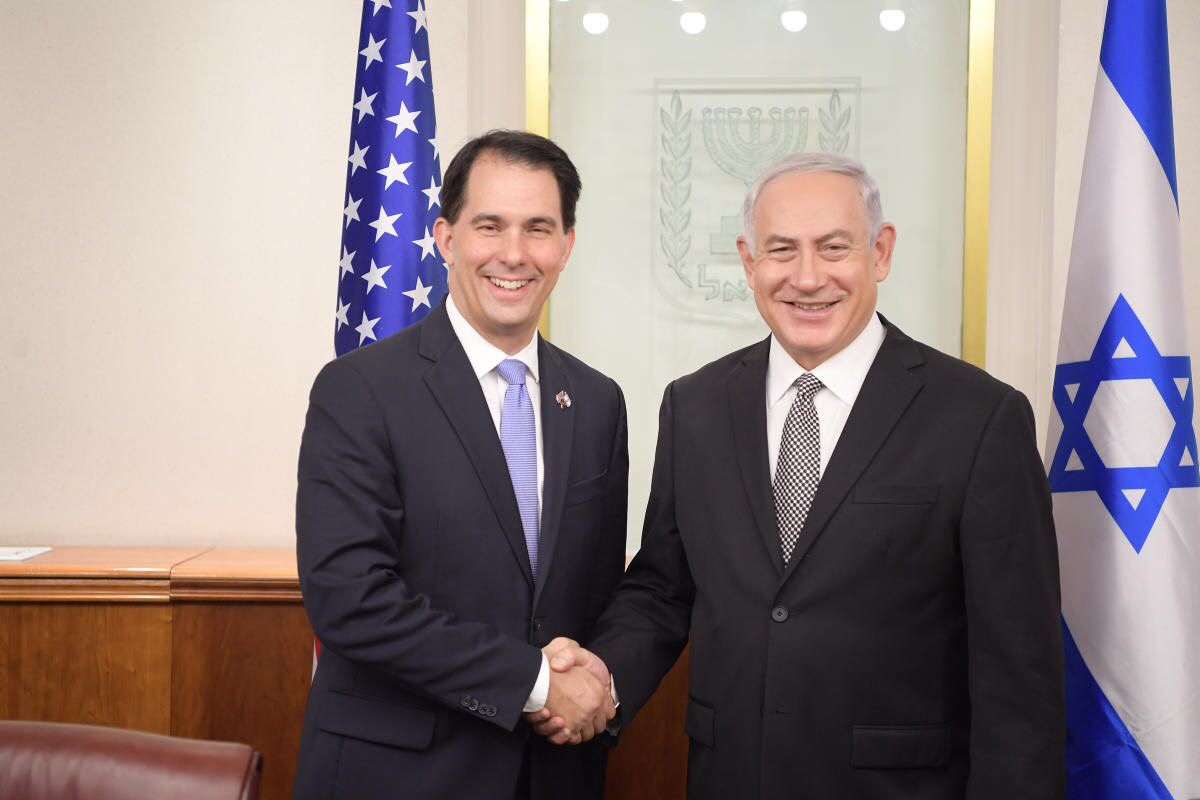 The hour-long, one-on-one meeting in Jerusalem took place on the first full day of the governor’s trade mission to Israel, where he is leading a 15-member delegation on a trip aimed at boosting exports, increasing foreign investment in Wisconsin and developing new partnerships between the state and Israel.

“I enjoyed the opportunity to have a wide-ranging conversation with Prime Minister Netanyahu about some of the serious issues facing his country, as well as focus on ways to bolster the strong relationship that already exists between Wisconsin and Israel,” Governor Walker said. “Our nation’s commitment to Israel is stronger than ever, and I made it clear to the prime minister that Wisconsin stands by his country as it addresses the many challenges in the region.”

In addition to meeting with government leaders, Governor Walker and First Lady Tonette Walker on Monday also led the Wisconsin delegation in a wreath-laying ceremony at the Yad Vashem Holocaust Memorial and a tree-planting ceremony at the Kennedy Peace Forest.

On Tuesday, the governor will be in Tel Aviv, where he will take part in several events aimed at developing new partnerships in the water technology and technology sectors.

During the trade mission, the company executives have been engaging in personalized, one-on-one meetings with potential business partners coordinated by WEDC’s authorized trade representative network in each country.

The governor will return to Wisconsin on Thursday.