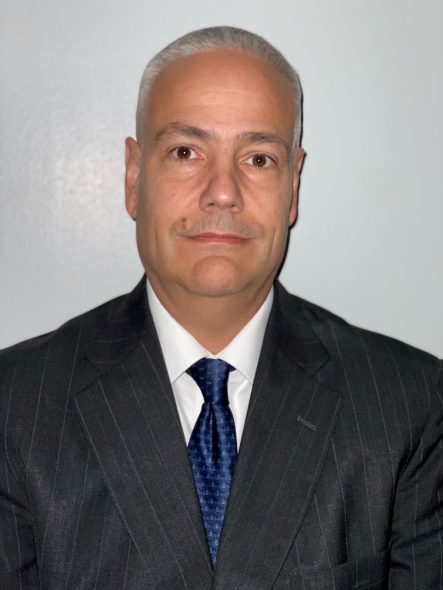 Ronald Skallerud. Photo courtesy of the Office of the Governor.

“Ronald is an exceptional leader who, together with his personal commitment to upholding justice in his community, will perform well in this role,” said Gov. Evers. “Between his personal and professional accomplishments, I am confident he will serve the people of Forest County well as the next Sheriff.”

Skallerud is currently the public safety director for the Sokaogon Chippewa Community Police Department and a deputy sheriff with the Forest County Sheriff’s Department. He is also chair of the City of Crandon Police and Fire Commission. Previously, he has worked with the Department of Corrections as a probation and parole agent, was a lead investigator and sergeant for the Crandon Police Department, and was chief intake worker for Forest County Social Services.

“I know firsthand that Ronald is a great man for the position and will be a Sheriff that all of Forest County will be proud to have,” said District Attorney Charles Simino.

“Ronald Skallerud has helped our Tribal community in assisting in the improvement of our public safety efforts,” said Sokaogon Chippewa Community Tribal Chair Robert VanZile, Jr. “He has a vast knowledge base in the field of law enforcement and works collaboratively with our community. I want to thank Governor Evers for appointing him as our Sheriff. I believe he is the perfect choice to enhance our Tribe’s relationship with the County and help bring all the communities within the County together to promote public safety across the board.”

In addition to his experience in law enforcement, Skallerud has also held roles at Nicolet Area Technical College. Starting as a criminal justice instructor, he became the director of the college’s Jail Academy and Law Enforcement Academy for the Wisconsin Department of Justice–Training and Standards Bureau. He was later promoted to Dean of Instruction, Executive Dean of Economic Development and Security, and finally to Vice President of Academic Affairs.

“I would like to thank Governor Evers for appointing me as the next Sheriff of Forest County,” said Skallerud. “It is an honor and humbling experience for me, as I now have the privilege to partner and serve all Forest County community members and visitors. I look forward to finding new ways to collaborate with the various agencies, court systems, tribal entities, townships, and individuals who comprise all those groups. I have a great love for our community and feel this may be a way to contribute to the well-being of our small portion of Wisconsin.”

A photo of Skallerud is available here.