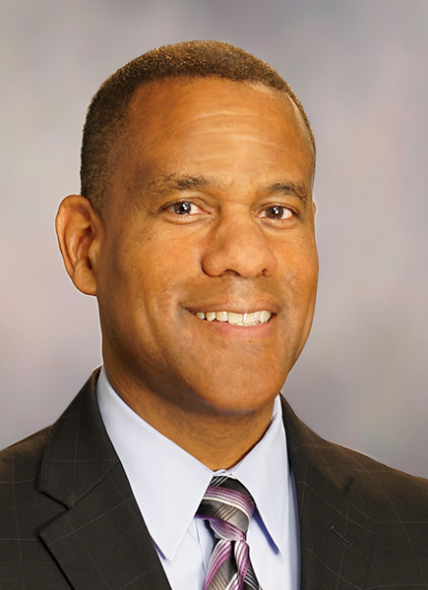 James Bond. Photo courtesy of the Office of the Governor.

MADISON —Gov. Tony Evers today announced his appointment of James Bond to serve as secretary of the Wisconsin Department of Veterans Affairs (DVA) effective Jan. 9, 2023. Bond previously served as the deputy secretary of DVA, and his appointment fills the vacancy created by former Secretary Mary Kolar’s retirement. The appointment also marks the first time an openly LGBTQ individual will lead one of the state’s cabinet agencies, according to review of records by the Legislative Reference Bureau.

“James has been a dedicated leader at DVA for over a decade and has served the Department and Wisconsin veterans well as deputy secretary,” said Gov. Evers. “As a veteran himself, along with his decades of state service, I have no doubt he will bring a wealth of experience, knowledge, and expertise to this role as secretary. I look forward to continuing our work together to serve Wisconsin’s more than 300,000 veterans and ensure they receive the benefits, support, and resources they have earned through their service to be successful in their civilian lives.”

Bond joined DVA in 2010 and served as the administrator of the Divisions of Veterans Benefits and Veteran Services before being appointed to deputy secretary in 2019. Prior to his time with DVA, Bond was employed at the Wisconsin Department of Workforce Development as a deputy division administrator in the Divisions of Employment and Training and Family Supports and as bureau director of management services in the Division of Vocational Rehabilitation.

“I’d like to thank Governor Evers for this incredible honor,” said Secretary-designee James Bond. “I have built a career in service—service to my country, the state of Wisconsin, and to fellow veterans. As secretary of the Wisconsin Department of Veterans Affairs, I will continue in this vein and work with veteran advocates across 72 counties and 11 Tribal Nations to deliver benefits and services veterans have earned, tell their stories, and honor their contributions. Together, we will forge a better future for all Wisconsin veterans and their families.”

Bond, a disabled veteran, served on active duty in the United States Marine Corps. from 1983 to 1988 with assignments home and abroad. He earned his bachelor’s and master’s degrees from the University of Wisconsin-Madison. Bond lives in Madison with his husband, Todd, and their two sons.

A photo of Bond is available here.