CWD is a contagious neurological disease of deer, elk and moose that is caused by an abnormal protein called a prion.

MADISON, Wis. – The Wisconsin Department of Natural Resources is requiring some hunters in West Central Wisconsin to have their deer tested for chronic wasting disease (CWD) during the entire nine-day gun deer season Nov. 23 – Dec.1. The DNR will also implement mandatory in-person registration for deer harvested during the first Saturday and Sunday of the nine-day gun deer season. Details about requirements of hunters and sampling locations are forthcoming as the season draws near.

Hunters who harvest deer in these townships outside the nine-day gun deer season as well as hunters who harvest deer outside these townships during any of the 2019 seasons should continue to use online and phone deer registration options. Successful deer hunters whose harvests do not fall under this special guidance will register their deer either online (fastest and easiest method) or by phone. They also have the option of registering electronically at a participating walk-in registration station. For a list of participating businesses offering walk-in registration, visit dnr.wi.gov and search keywords “registration stations.”

The mandatory testing is in response to the recommendations received in July from the Chippewa Valley CWD Advisory Team (CVCAT) for surveillance and management options in response to the detection of chronic wasting disease in western Eau Claire County. There will also be in-person registration of harvested deer during opening weekend of gun season in the same six township area. The testing is anticipated for this season only to complete disease surveillance goals carried over from the 2018 disease detection surveillance in this region of the state.

The Chippewa Valley CWD Advisory Team is an ad-hoc advisory team made up of representatives of County Deer Advisory Councils for Eau Claire, Buffalo, Chippewa, Dunn, Pepin and Trempealeau Counties. The team was formed in response to the CWD-positive wild deer that was discovered in Eau Claire County in March of 2018. The purpose of the team is to serve as an advisory body to the department regarding local CWD surveillance and management.

“The approach that we are taking is a prime example of the department working closely with citizens and the hunting community to address the challenges associated with the spread of CWD,” said DNR Assistant Deputy Secretary Todd Ambs. “We must all work together to stop the spread of this deadly disease are therefore following the citizens lead in this area.”

CWD is a contagious neurological disease of deer, elk and moose that is caused by an abnormal protein called a prion. These prions cause brain degeneration in infected animals and lead to extreme weight loss, abnormal behavior and loss of bodily functions. Testing for CWD can only be performed after the animal’s death.

As in previous years, CWD sampling will be offered at various locations throughout the state. Options for CWD sampling include both in-person service as well as self-service options. Hunters are reminded that CWD surveillance efforts focus on testing adult deer, since older deer are more likely to test positive for the disease. For their convenience, the DNR recommends hunters contact staffed sampling stations in advance to verify hours of operation.

For more information regarding where to take your deer for sampling, visit dnr.wi.gov and search keywords “CWD sampling” or contact local DNR wildlife management staff. 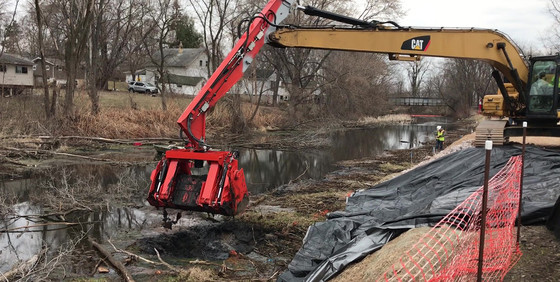 Well Owners Now Have Until May 7 To Apply