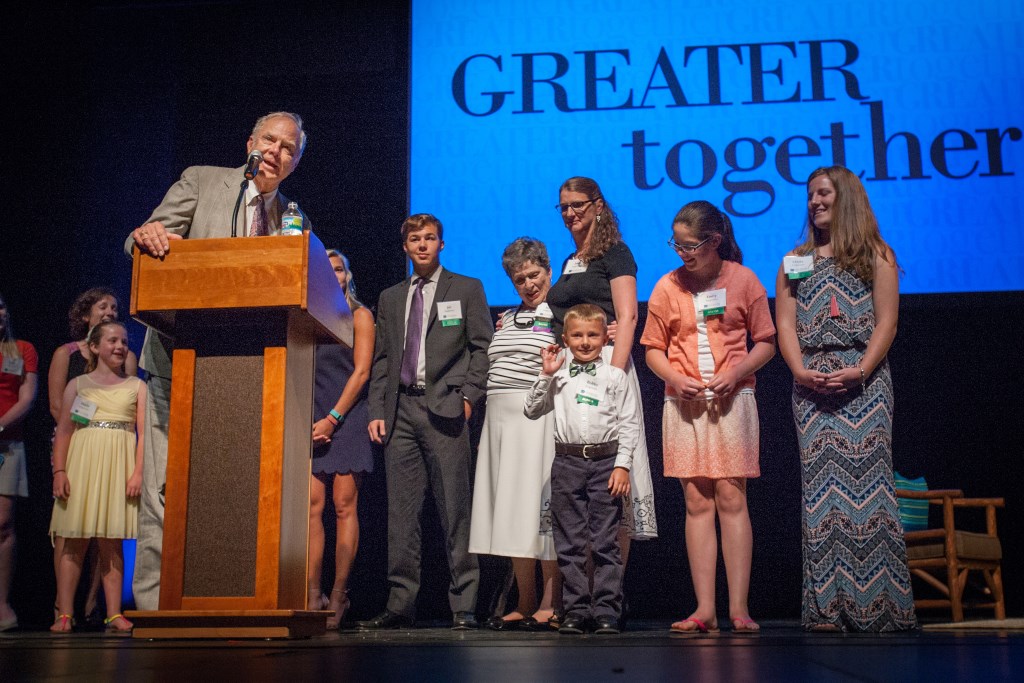 Milwaukee, Wis., June 22, 2016 – Gary Jorgensen, chairman of VJS Construction Services, was honored by the Greater Milwaukee Foundation at its 2016 annual meeting on June 21 for his contributions to thoughtful design and development that serves the community

Jorgensen received the Foundation’s Frank Kirkpatrick Award, which recognizes individuals whose efforts have led to significant physical improvements in the community. Kirkpatrick, a prominent real estate developer and radio commentator, established the award and its corresponding fund at the Foundation upon his death in 1985. The award has been given annually since 1988.

In his 40 years with Pewaukee-based VJS Construction Services, Jorgensen has been involved in hundreds of construction projects that have shaped the greater Milwaukee region. He has been a leading voice in the construction industry itself over that time. His passion, however, lies beyond the brick and mortar. He is driven to create distinctive buildings that truly impact people’s lives, and his leadership can be found in such places as Mount Mary University, St. John’s on the Lake, Rogers Memorial Hospital and United Community Center, among many others.

Five generations of the Jorgensen family have made their careers in the construction industry. Gary’s son Craig Jorgensen is the current president of VJS and son David Jorgensen is partner and executive vice president. Gary’s grandson Jake Jorgensen is a partner in the firm as well.

Gary and his wife, Judy, are also dedicated philanthropists who are inspiring generosity in the next generation. Through their advised fund at the Greater Milwaukee Foundation – the Jorgensen Family Fund – they involve their grandchildren in the process of researching nonprofit organizations and programs and recommending grants.

The Foundation’s annual meeting was held at the Sharon Lynne Wilson Center for the Arts in Brookfield.  The Frank Kirkpatrick Award is one of three Civic Awards presented annually by the Foundation. The William C. Frye Award honoring community volunteerism and the Doug Jansson Leadership Award honoring nonprofit leadership will be awarded later this year.

About the Greater Milwaukee Foundation
For more than a century, the Greater Milwaukee Foundation has helped individuals, families and organizations realize their philanthropic goals and make a difference in the community, during their lifetimes and for future generations. The Foundation consists of more than 1,200 individual charitable funds, each created by donors to serve the charitable causes of their choice. The Foundation also deploys both human and financial resources to address the most critical needs of the community and ensure the vitality of the region. Established in 1915, the Foundation was one of the first community foundations in the world and is now among the largest.

May 24th, 2019 by Greater Milwaukee Foundation

In August, the Foundation will release a request for proposals supporting healthy birth outcomes, and the Columbia Health System Endowment Fund for Women’s Health will be a key source of funding.