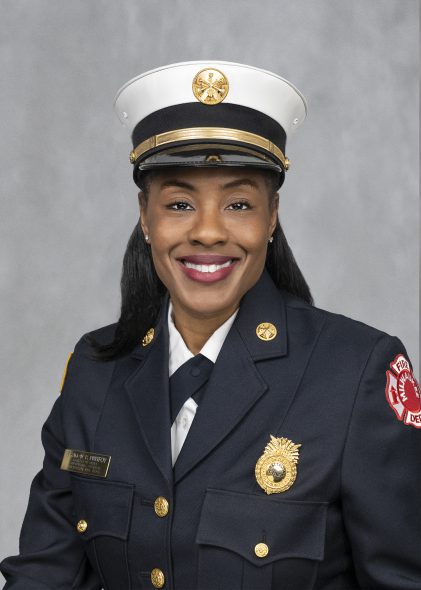 Earlier this month, Sharon P. Purifoy was named Deputy Chief of the Milwaukee Fire Department. The promotion is historic as Deputy Chief Purifoy is the first African American female to be elevated to the vitally important Deputy Chief position.

On behalf of the Common Council, I offer my sincere and hearty congratulations to Deputy Chief Purifoy on her well-deserved promotion.

Deputy Chief Purifoy is only the second African-American woman to be promoted to the ranks of lieutenant, captain and battalion chief, and she has also helped lead the MFD’s very first all-female engine company.

A registered Paramedic since 2012, Deputy Chief Purifoy is perfectly suited to lead the department’s Emergency Medical Services Division – a posting that carries tremendous responsibility, particularly as the MFD plays a vital role in the city’s COVID-19 (coronavirus) response.

Deputy Chief Purifoy has shown a commitment to recruiting and mentoring young firefighters, and supporting them as they progress through their careers.  She also leads by example, showing other women of color in our city that they too can join the MFD and succeed!