Burger with the Works, please! Sure thing… documented or undocumented?

There’s nothing more American than a big juicy hamburger. Well, make that “cheeseburger”. Hamburgers  are predominantly non-existent in America’s Dairyland. Even though the name hamburger comes from a Hamburg (city in Germany) style of meat preparation, we have adopted this concoction as our own uniquely American “eat”. It was even featured on the History Channel’s American Eats: History on a Bun. Why are we able to do that? We are able to do that because we are a nation of immigrants. Immigrants who came from all over the world and brought with them great ideas, traditions, recipes and, of course, beer. Milwaukee became famous due to all of the German immigrants who brought their brew crafting skills (not to mention their affinity for sausage making) to this Midwestern port in the good ol’ U.S. of A. Heck, our Major League Baseball team is the Brewers. Emmigration to America worked because it was controlled. Any major entity be it traffic, electrical energy or Summerfest only works if it is controlled in some way shape or form. Immigration is no different. Back then, as it is now, people came to America for a chance at a better life. Who can blame them? Even though some people claim that America is “so evil” I have yet to hear stories of people flooding back to their home countries because it is so terrible here compared to where they fled from.

But life was different back then. Even if the 1st generation parents didn’t learn to speak fluent English then the children did, sometimes at the expense of losing the homeland language altogether. There was no governmental safety net. If you came over here you had to either have a skill to apply or you had to be willing to work for whatever put food on the table. There wasn’t modern medicine so there was little a doctor could do to save a person’s life hence the cost for such care was minimal, unlike today. So basically, if you couldn’t communicate with the locals, do some sort of work or had a health issue that was of concern to the greater society, you didn’t get in, period. If you did somehow manage to get in, without those necessary pre-requisites, you died, plain and simple.

Today, you don’t have to worry about that. If you come to this country and can’t communicate with the locals then you press a different button on your phone for a different language. Oh, and the phone you call on is free at the taxpayers’ expense. If you don’t have a skill or a job you’re willing to do in order to put food on the table then the U.S. government helps you out, at the taxpayers’ expense. Free food, free education and what’s that last one? Oh yes, free health care, at the taxpayers’ expense. Health care is one of the most expensive commodities we have. Regardless, health care is free to those in need but only if you aren’t one of those taxpayers. This system is not conducive to a prosperous “American” lifestyle. You know, the one that people came here for.

The saying is absolutely true, “there is no such thing as a free ‘lunch’”, or in this case ‘hamburger’. Not only do you have an immigration system where the government provides for things that used to be the onus of the individual, you now have an immigration hamburger where the ingredients no longer coincide. In Wisconsin you have the State Legislature not knowing what the federal government and the local governments are discussing. I.e. the meat doesn’t know what the top bun is saying to the bottom bun. Just this week the State Legislature had to put in a Freedom of Information Act request to the city officials of Milwaukee and Madison to find out what the federal government talked with, asked for or told the city governments to do regarding the illegal immigrants from the southern border coming to the state of Wisconsin. Are these people dangerous? Do these people speak English? Do these people have any pliable skills? Are they carrying any illnesses that are a threat to the health of society? Regardless, who is going to pay for the law enforcement , the schooling, the health care, the food? Even if the federal government pays for it, that still means WE are paying for it and without a say in the matter.

A burger is only delicious if all of the ingredients work together. Here it seems as if the buns are colluding to call a hamburger something different (I’ll reference Pulp Fiction), make it cost more to acquire, or flat out get you sick. That isn’t how a burger should work but that is currently what your government is trying to sell you under the grill of secrecy. No secret kept from the American public ever amounted to anything good. Secrets, by definition, don’t allow for an adequate or planned response… or, dare I say, retaliation if that is the equated riposte to a situation.

I am willing to bet that most Americans have the same viewpoint as I do regarding immigration. If you speak the language (or are able to do so within a year’s time), have a skill to apply (as to not be on the government dole) and assimilate (by getting a medical clearance, paying taxes, pledging allegiance to the American flag and working to become a permanent citizen of the United States) then welcome to America my friend, otherwise you don’t get in.  We constantly argue about standards for working conditions, standards for health care, standards for education, even standards for cooking and serving a burger but here there are none. Immigration is a carte blanche, anything goes issue under this Administration, and now the federal government is neglecting their own standards by side stepping the state government in order to force an agenda down the throats of Wisconsin residents by forcing its 2 biggest cities do its bidding.

We all know who’s agenda it is, but if we don’t start speaking out against it (even though that is probably what is hoped for) and do something about this then we are going to be forced to wolf down our overpriced, undercooked Royale with Cheese, and pray that there are enough toilets available to handle the gargantuan amount intestinal distress this burger is going to cause. Whatever doesn’t hit the fan, that is.

People keep telling me “Red, stick to local issues, this is a national issue”. Is it? Or am I simply the only one with enough foresight to recognize that the line is being crossed? One of my duties is to keep my constituents safe. Another is to give “new” constituents a fighting chance for a life of prosperity here in America. This method of immigration will not yield such results. The dictionary calls me compassionate. The liars will call me something else. It begins with an “r” and it’s NOT “Republican”.

Another False Alarm… Par for the Course.

Senator Larson, I just checked Politifact.com and saw that they gave you another “false” rating.

ID… Not Just for Beer Anymore 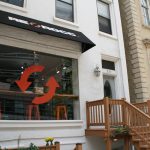 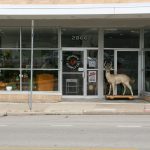