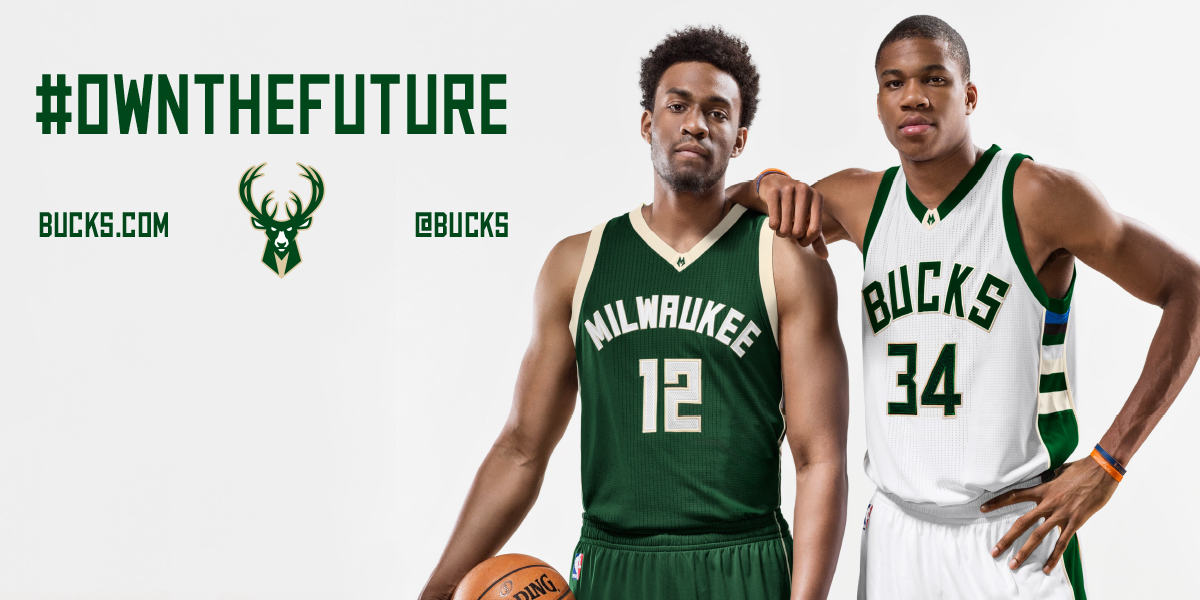 The Milwaukee Bucks unveiled their new home and road uniforms this afternoon at the team’s inaugural Summer Block Party event on the grounds of Schlitz Park. The jersey unveiling continues an updated visual identity for the franchise that began in April when the team presented a new color palette and three unique logos that capture the rich heritage of the franchise while ushering in an exciting new era of Bucks basketball.

Members of the current Bucks roster and franchise greats were on hand as fans joined together to enjoy local musical acts, food, drink and Bucks chatter at the tipoff to the summer festival season, but the attention turned to the future during a special ceremony in which the new uniforms were revealed. Bucks All-Stars Bobby Dandridge and Vin Baker joined Head Coach Jason Kidd and current players Giannis Antetokounmpo, John Henson, Damien Inglis and Jabari Parker to span the timeline from the team’s championship history to its future.

“Our new uniforms will serve as a showcase of our franchise’s proud heritage and bright future on the NBA’s global stage,” Bucks Vice President of Strategy and Operations Alex Lasry said. “The new look is a perfect representation of the city and state we call home – honoring our blue-collar community values in a modern design that speaks to the exciting future for the team and region.”

Additional design elements of the new uniforms include: