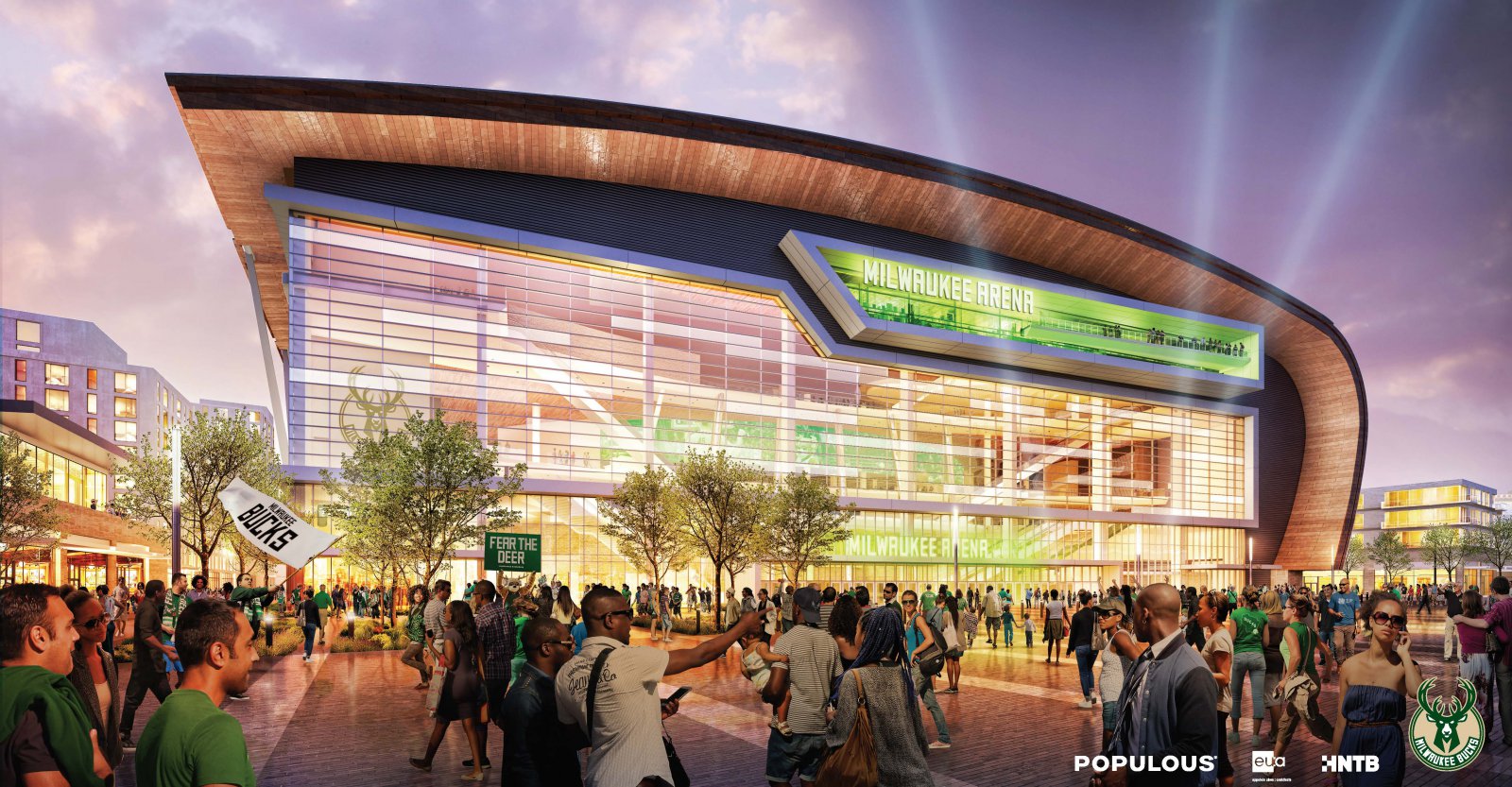 Construction on a new multi-purpose arena will officially begin at the Bucks Groundbreaking and Second Annual Bucks Block Party on Saturday, June 18. The event, which will run from 11 a.m. – 4 p.m., will give fans a once-in-a-lifetime opportunity to be present as the first shovels go in the ground for the transformational new arena in downtown Milwaukee. The official groundbreaking will take place on the corner of Fourth Street and Juneau Avenue, with the block party extending north on Fourth Street to McKinley Avenue and on Juneau Avenue between Fifth Street and Old World Third Street.

Fans attending can expect plenty of surprises during the ceremony, making this groundbreaking a truly unique and one-of-a-kind event. Following the ceremony, the Bucks Block Party will continue into the streets with local music acts, food vendors and interactive kids games set up throughout the block party for fans to eat, drink and celebrate with the Bucks. Entry into the Bucks Groundbreaking and Second Annual Block Party is free.

During the party, fans will have the opportunity to permanently leave their mark on the new arena by signing one of the first foundation piles that will be used during the construction of the arena. Additionally, fans will be able to take photos on the groundbreaking site with past and present Bucks players to commemorate the special event.

More details on the event are below:

To keep up to date on all of the details surrounding the Bucks Groundbreaking and Second Annual Block Party, fans can RSVP to the event at www.bucks.com/blockparty or at www.facebook.com/milwaukeebucks.