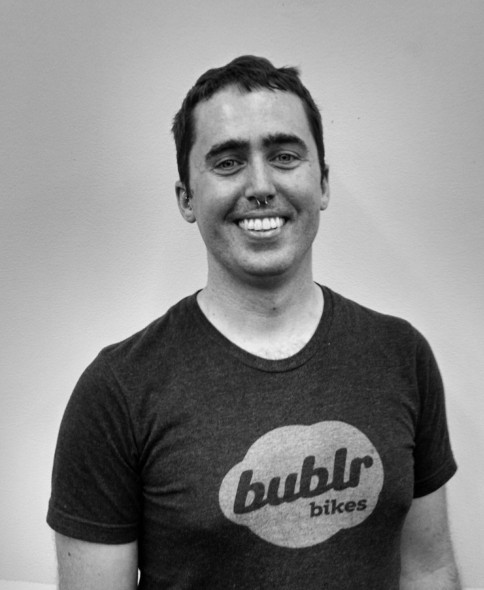 “As Bublr Bikes embarks on its next phase of growth, Kevin has recommended that we transition to a new executive director so he can embark on a long-held ambition to begin his own business,” said Bruce Keyes, the President of Bublr Bikes Board of Directors. “The Board extends our greatest appreciation to Kevin for Bublr’s very successful launch. We wish him very well in his new venture,”

James Davies was previously Bublr Bikes Operations Director and was hired as Bublr’s second employee after Kevin Hardman. James, a licensed attorney, has deep knowledge of the system operations and has been responsible for Bublr’s growth in capacity, customer service and program development.

“The Board is committed to a very smooth transition,” continued Bruce Keyes. “James has been on the team since the beginning. We have great confidence in James’ leadership and his ability to help guide Bublr forward.”

The Board of Directors has created a Transition Committee which is evaluating our organization’s staffing structure and needs.  The job announcement for a permanent Executive Director can be found at www.bublrbikes.com/jobs.

The Bublr Bikes network currently has 40 stations and over 350 bicycles. In the coming weeks, Bublr Bikes will expand to the City of Wauwatosa, the first expansion outside of Bublr’s Milwaukee beginning. The Wauwatosa expansion will be followed by additional station installations in Milwaukee. By the end of October, the Bublr Bikes network will contain over 55 stations and will be larger than systems found in all of Milwaukee’s peer cities including Pittsburgh, Columbus, OH, Nashville, Cincinnati, and Indianapolis.

In the coming years, the system plans to expand to over 100 stations and 800 Bublr Bikes in the Milwaukee, Wauwatosa, West Allis and Shorewood. Bublr Bikes is actively raising private funds for continued network expansion.