Siegel will serve as a resource for faculty, researchers and students, expanding the school’s impact on national and international water policy. 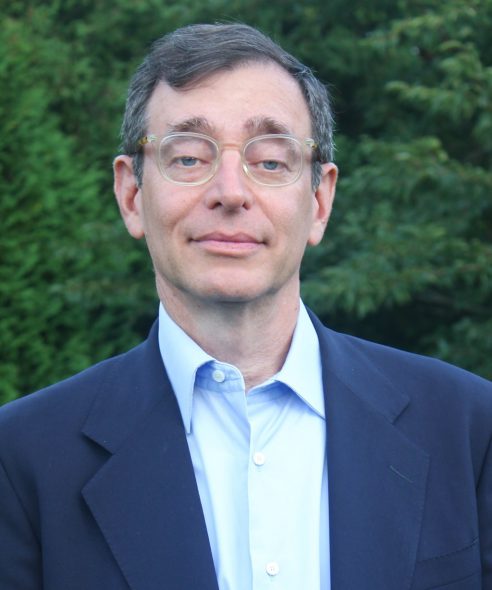 MILWAUKEE _ The University of Wisconsin-Milwaukee’s School of Freshwater Sciences has appointed Seth M. Siegel as the Daniel M. Soref Senior Water Policy Fellow. Siegel is the author of The New York Times best seller “Let There Be Water: Israel’s Solution for a Water-Starved World.” The appointment will enable Siegel to conduct research for a new book on water policy in the United States. A gift from the Daniel M. Soref Charitable Trust will underwrite Siegel’s research.

“Linking the latest science with policy decisions is an enormously challenging task, but it is absolutely essential to protecting our water resources today and preserving them for the future,” said Val Klump, senior director and dean of UWM’s School of Freshwater Sciences. “Seth Siegel’s nimble mind, along with his unique ability to convey complex ideas in an accessible manner, makes him an outstanding partner for the Center for Water Policy and our research scientists. We are very excited to establish this collaboration.”

In his role as the Daniel M. Soref Senior Water Policy Fellow, Siegel will serve as a resource for faculty, researchers and students, expanding the school’s impact on national and international water policy. Siegel will hold the inaugural senior water policy fellow position at the school. Senior fellows are distinguished professionals from government, academia or the private sector who have attained a singular record of achievement and public service. They will help advance the School of Freshwater Sciences’ Center for Water Policy’s mission to understand the rapidly growing challenges faced by policymakers in safeguarding fresh water.

“Our world is facing a fast-approaching water crisis, and research universities will play a major role in finding solutions to this threat,” Siegel said. “UW-Milwaukee has taken a lead role in championing freshwater resources, and I am excited to partner with its School of Freshwater Sciences in helping policymakers and others to understand the challenges ahead and solutions for them.”

Siegel is a writer, lawyer and entrepreneur. His book “Let There Be Water” focuses on Israel’s innovative response to water scarcity, and his essays on water and other issues have appeared in The New York Times, The Wall Street Journal, and the Los Angeles Times, along with leading publications in Europe and Asia. In addition to his written works, Siegel is a highly regarded public speaker on matters of water policy, the Middle East and other areas. He is also a senior advisor to Start-Up Nation Central, an Israeli nonprofit that connects government, non-governmental organizations and business leaders to relevant people, companies and technologies in Israel.

“We are honored to support the research that Seth Siegel will be conducting at the School of Freshwater Sciences,” said Karen Strnad, a representative of the Daniel M. Soref Charitable Trust. “Siegel has remarkable insights into Israel’s response to water scarcity. His new project will focus on freshwater resources in the United States. Water quantity, water quality and water policy are among the most critical issues in our world today. We are very fortunate to have Seth Siegel’s expertise to help address these complex issues in the U.S.”

“The School of Freshwater Sciences is leading the way in Great Lakes research, and this knowledge will affect the stewardship of freshwater resources on a global scale,” he said. “I am proud of the strides we have taken and thrilled that we have an opportunity to partner with an internationally esteemed expert like Seth Siegel.”

Recognized as one of the nation’s 115 top research universities, UW-Milwaukee provides a world-class education to 26,000 students from 89 countries on a budget of $667 million. Its 14 schools and colleges include Wisconsin’s only schools of architecture, freshwater sciences and public health, and it is a leading educator of nurses and teachers. UW-Milwaukee partners with leading companies to conduct joint research, offer student internships and serve as an economic engine for southeastern Wisconsin. The Princeton Review named UW-Milwaukee a 2017 “Best Midwestern” university based on overall academic excellence and student reviews, as well as a top “Green College.”

About the School of Freshwater Sciences

UWM’s School of Freshwater Sciences is the only graduate school in North America solely dedicated to freshwater issues and the largest water-focused academic research institution on the Great Lakes. Founded in 2009 on a legacy of freshwater research that began 50 years ago with the Center for Great Lakes Studies, the school studies the largest freshwater system on Earth, as well as urban rivers, storm and wastewater infrastructure, groundwater and inland lakes, aquaculture and fisheries, water robotics, and human and environmental health.

The school’s Center for Water Policy provides and fosters leadership and expertise in generating independent, high integrity, peer-reviewed research, and effectively communicating that research to the public. Established in 2011 through a gift from Lynde B. Uihlein, the center seeks interdisciplinary solutions to resolve regional, national, and international problems related to the protection, restoration, and conservation of freshwater resources.