The latest WKOW report found that Eaton Corporation is sending another 83 jobs from its Pewaukee facility to Mexico. 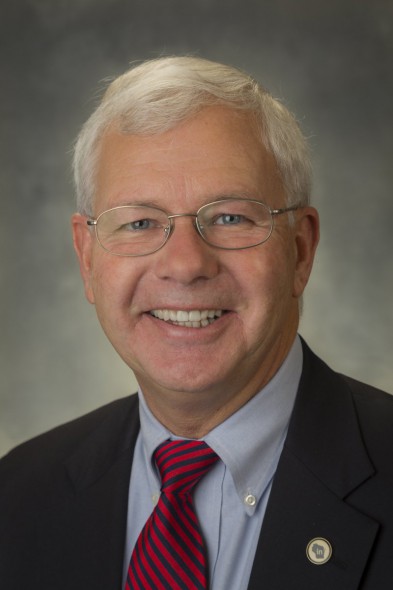 MADISON – In the wake of yet another report of Eaton Corporation outsourcing jobs after being awarded tax credits, WEDC Board members Assembly Minority Leader Peter Barca (D-Kenosha) and State Senator Julie Lassa (D-Stevens Point) today formally requested that WEDC Secretary Reed Hall allow board members to discuss and address the ongoing outsourcing and clawback issues at the September 24 WEDC board meeting. Sen. Lassa and Rep. Barca’s previous attempts to discuss clawbacks and outsourcing were rebuffed by senior WEDC officials, despite Gov. Walker’s assurances that he had asked WEDC to claw back funds from Eaton Corp.

“Taxpayers and board members deserve answers about how a taxpayer-supported company can continue to send jobs out of the country without any recovery of public funds,” Rep. Barca said. “If Gov. Walker was serious about asking WEDC to claw back funds from Eaton, then the Board deserves a progress report on his efforts. This is yet another example of Gov. Walker and WEDC publicly claiming to have remedied a problem, while taxpayer funds continue to be at risk.”

The latest WKOW report found that Eaton Corporation is sending another 83 jobs from its Pewaukee facility to Mexico. Eaton has now outsourced 339 jobs since it received an award of nearly $370,000 in tax credits from WEDC in 2011 and 2012.  The WEDC Board has met twice since the outsourcing was originally reported, and has failed to discuss the Eaton issue, despite requests from Sen. Lassa and Rep. Barca. In April, Gov. Walker stated publicly that he had asked WEDC to work with Eaton to claw back funds.

“Discussing Eaton Corp. and other outsourcing issues is crucial to allowing Board members to meet their fiduciary responsibility to taxpayers,” Sen. Lassa said. “We must ensure that WEDC is actively complying with the requirements of both state law and Board policy to recover awarded funds from companies that fail to meet their contractual obligations. It is high time for the Board to be apprised of progress on this issue.”

At the July 20th meeting of the WEDC Board of Directors, Rep. Barca and Sen. Lassa requested a discussion of WEDC clawback efforts regarding Eaton and other companies that had failed to comply with the terms of their award contracts. WEDC Chief Legal Counsel Hannah Renfro argued that the Board could not discuss the topic because it had not been included in the public notice of the meeting. In their letter, the two legislators said that decision had delayed Board discussion of outsourcing at Eaton and of WEDC attempts to recover taxpayer dollars from non-compliant companies.

Read a full copy of their letter here.