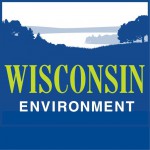 Attack on Wisconsin’s lakes and rivers

Madison, WI – Moving on a top priority for corporate agribusiness, Sen. Ron Johnson has cosponsored a resolution to invalidate EPA’s new Clean Water Rule, blocking protections to waterways that flow into many of Wisconsin’s more than 15,000 lakes.  Introduced under the Congressional Review Act (CRA), the measure would put drinking water sources for many Wisconsinites once again beyond the protection of the Clean Water Act.

“Even as Wisconsin fights to protect its drinking water from pollution, Senator Johnson is attacking the biggest single step for safe drinking water in more than a decade,” said Elizabeth Hansen, organizer for Wisconsin Environment. “The choice for senators on this measure is clear: defend our drinking water or do the bidding of polluters. We are grateful that Senator Baldwin has fought for clean water, and it’s more important than ever that she continues that fight.”

The Clean Water Rule addresses loopholes created by Supreme Court decisions that left more than half the nation’s streams and millions of acres of wetlands without clear protection of the Clean Water Act.  The rule restores protection to waterways which help provide drinking water to one in every three Americans.