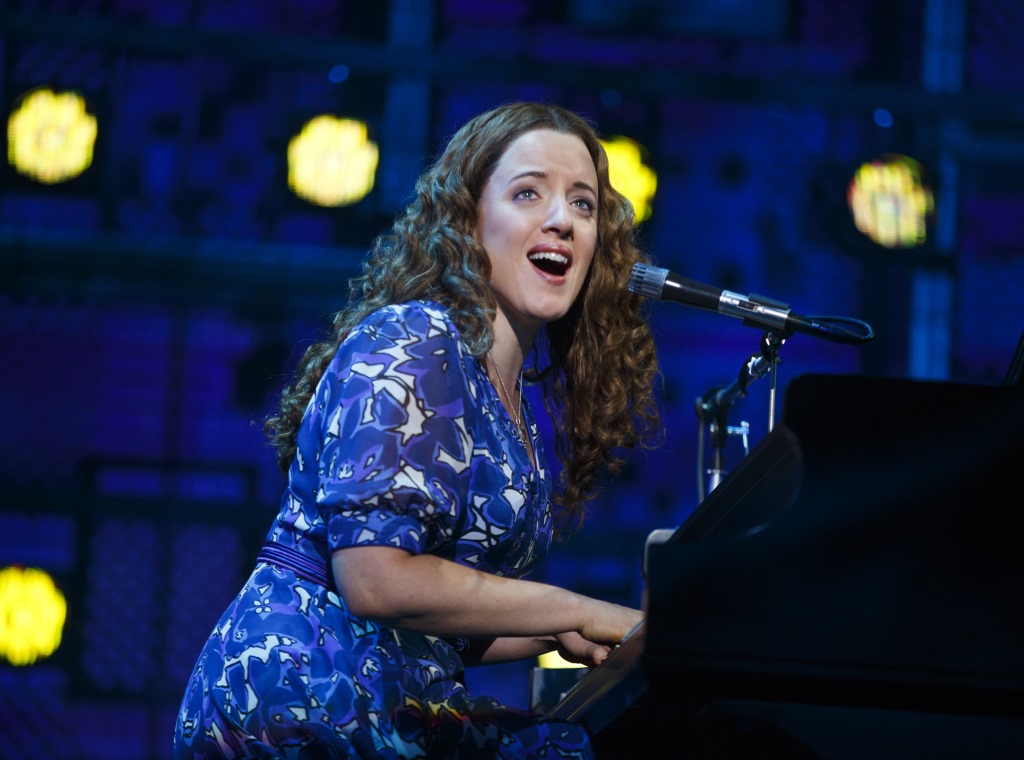 MILWAUKEE, WI (February 8, 2016) – Associated Bank Broadway at the Marcus Center and Broadway Across America-Milwaukee invite you to experience the sounds and splendor of Broadway at the Marcus Center throughout 2016-2017. Coming next season to Milwaukee is BEAUTIFUL-THE CAROLE KING MUSICAL, the Tony® and Grammy® Award-winning inspiring true story of Carole King, the hilarious tale of Buddy in ELF The Musical, a brand new production of the beloved musical, THE SOUND OF MUSIC, the world’s best selling magic show, THE ILLUSIONISTS, the classic story of RODGERS + HAMMERSTEIN’S CINDERELLA with a contemporary new take and the winner of 6 Tony Awards®,
2 Olivier Awards®, and a Grammy®, hit musical, CHICAGO. Back by popular demand, THE BOOK OF MORMON, which played a sold out engagement in 2015, returns to Milwaukee for a limited one-week engagement, as part of a seven-show season package option.

“Audiences are in for a real treat this season,” commented Paul Mathews, President and CEO of the Marcus Center for the Performing Arts. “This season includes shows for a diverse audience to enjoy and includes classic Broadway shows and new Tony award winning hits.”

“Strong audience support is what keeps the best of Broadway coming to the Marcus Center,” added Mathews, “and Broadway revenues help keep the Center an affordable place for our local non-profit resident groups to perform.”

Becoming a Season Ticket Holder is the only way for individuals to guarantee the best seats at the season’s hottest shows. In addition, Season Ticket Holders enjoy the benefits of Broadway Across America, a national network of over 40 cities where touring Broadway is presented. Benefits include:

Six-show and Seven-show subscription packages will go on sale Monday, February 8 at 8:30 pm to Associated Bank Broadway at the Marcus Center Season Ticket Holders and the general public. Prices for the six show package range from $599-$199 and vary depending upon performance time and seating preference. Prices for the seven-show package, which includes THE BOOK OF MORMON, start at $249 and vary depending upon performance time and seating preference. Season ticket information is available through Season Ticket Hotlines at 414-273-2787 (Mon-Sat 1 p.m.- 7 p.m.; Sun 1 p.m.-5 p.m. CST) or at 1-800-905-7469
(Mon-Fri, 9 a.m.-5 p.m. CST; Closed Sat-Sun).  24-hour service is also available on-line at MarcusCenter.org or BroadwayAcrossAmerica.com/Milwaukee. All performances will be held at the Marcus Center for the Performing Arts, 929 N. Water Street, Milwaukee, WI 53202.

Tickets for individual productions typically go on sale to the general public four to six weeks prior to the first performance.

Hailed by The New York Times as “the best musical of this century” and the winner of nine Tony Awards®, THE BOOK OF MORMON is the blockbuster Broadway smash from South Park creators Trey Parker and Matt Stone, and the Oscar®-winning composer of Disney’s Frozen and Avenue Q, Bobby Lopez.

This outrageous musical comedy follows the misadventures of a mismatched pair of missionaries, sent halfway across the world to spread the Good Word. Now with standing room only productions in London, on Broadway, and across North America, THE BOOK OF MORMON has truly become an international sensation. Contains explicit language.

ELF The Musical is the hilarious tale of Buddy, a young orphan child who mistakenly crawls into Santa’s bag of gifts and is transported back to the North Pole. Unaware that he is actually human, Buddy’s enormous size and poor toy-making abilities cause him to face the truth. With Santa’s permission, Buddy embarks on a journey to New York City to find his birth father, discover his true identity, and help New York remember the true meaning of Christmas. This modern day Christmas classic is sure to make everyone embrace their inner ELF.

The Hills Are Alive! A brand new production of THE SOUND OF MUSIC, directed by three-time Tony Award® winner Jack O’Brien, is coming to Milwaukee. The beloved musical story of Maria and the von Trapp Family will once again thrill audiences with its Tony®, Grammy® and Academy Award® winning Best Score, including “My Favorite Things,” “Edelweiss” and the title song.

THE SOUND OF MUSIC enjoyed extraordinary success a live television production when “The Sound of Music Live!” aired on NBC in December, 2013 and was seen by over 44 million people. 2015 marked the 50th anniversary of the film version, which continues to be the most successful movie musical in history.

Direct from Broadway, the world’s best selling magic show is coming to Milwaukee!

This mind blowing spectacular showcases the jaw dropping talents of seven of the most incredible Illusionists on earth.
THE ILLUSIONISTSTM – LIVE FROM BROADWAY
has shattered box office records across the globe and dazzles audiences of all ages with a powerful mix of the most outrageous and astonishing acts ever to be seen on stage.  This non-stop family friendly show is packed with thrilling and sophisticated magic of unprecedented proportions.

Rodgers + Hammerstein’s CINDERELLA is the Tony Award®- winning Broadway musical from the creators of The Sound of Music and South Pacific that’s delighting audiences with its contemporary take on the classic tale. This lush production features an incredible orchestra, jaw-dropping transformations and all the moments you love-the pumpkin, the glass slipper, the masked ball and more-plus some surprising new twists! Be transported back to your childhood as you rediscover some of Rodgers + Hammerstein’s most beloved songs, including “In My Own Little Corner,” “Impossible/It’s Possible” and “Ten Minutes Ago,” in this hilarious and romantic Broadway experience for anyone who’s ever had a wish, a dream… or a really great pair of shoes.

A true New York City institution, CHICAGO has everything that makes Broadway great: a universal tale of fame, fortune and all that jazz; one show-stopping-song after another; and the most astonishing dancing you’ve ever seen.

No wonder CHICAGO has been honored with 6 Tony Awards®, 2 Olivier Awards®, a Grammy® and thousands of standing ovations.

It’s also no surprise that CHICAGO has wowed audiences all around the world, from Mexico City to Moscow, from Sao Paulo to South Africa.

Beautiful – The Carole King Musical tells the inspiring true story of King’s remarkable rise to stardom, from being part of a hit songwriting team with her husband Gerry Goffin, to her relationship with fellow writers and best friends Cynthia Weil and Barry Mann, to becoming one of the most successful solo acts in popular music history. Along the way, she made more than beautiful music, she wrote the soundtrack to a generation.

Featuring a stunning array of beloved songs written by Gerry Goffin/Carole King and Barry Mann/Cynthia Weil, including “I Feel The Earth Move,” “One Fine Day,” “(You Make Me Feel Like) A Natural Woman,” “You’ve Got A Friend” and the title song, BEAUTIFUL has a book by and Tony® Award-nominee and Academy® Award-nominated writer Douglas McGrath, direction by Marc Bruni, choreography by Josh Prince, and took home two 2014 Tony® Awards and a 2015 Grammy® Award.

BROADWAY ACROSS AMERICA is part of the Key Brand Entertainment family of companies, which includes Broadway.com, under the supervision of John Gore (Owner & CEO).  BAA is the foremost presenter of first-class touring productions in North America, operating in 38 markets. Current and past productions include On Your Feet, View from the Bridge, Beautiful, Finding Neverland, Million Dollar Quartet, Hairspray and The Producers. BroadwayAcrossAmerica.com; Broadway.com