MADISON, Wis. – Wisconsin Attorney General Josh Kaul announced today that Wisconsin has joined 24 attorneys general in signing a letter calling on the Trump Administration to act swiftly to ensure online-“crypto-anarchist”-run Defense Distributed is in compliance with federal law regarding the distribution of computer files for the production of 3D-printed firearms.

“We must not allow Wisconsinites’ safety to continue be put at risk by these blueprints for 3D-printed guns,” said Attorney General Kaul. “These dangerous firearms can’t be detected by standard metal detectors and they don’t have serial numbers. They’re dangerous and we need to prevent them from becoming widely available.”

In February 2020, AG Kaul joined a federal multistate lawsuit led by the Washington Attorney General challenging the Trump Administration’s formal rules to allow 3D-printed gun files to be released on the internet. These files would allow plug-and-play access to 3D-print unregistered, untraceable firearms that can also be very difficult to detect, even with a metal detector. Untraceable firearms are sometimes called “ghost guns.”

Today’s letter to Secretary Pompeo and Attorney General Barr, the attorneys general of 25 states wrote, “It appears that Defense Distributed, a company run by a “crypto-anarchist” dedicated to “evading and disintermediating” federal and state gun-safety laws, has recently resumed making computer files for the production of 3D-printed firearms available on its website. On behalf of the citizens of our states, and in the interest of preserving public safety and security throughout the United States, we strongly urge the federal government to act swiftly, using both its civil and criminal enforcement power, to ensure Defense Distributed’s compliance with federal law.”

A copy of the letter can be foundhere. 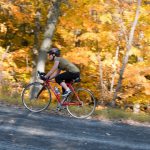