A Study in Light

The artwork of Dave Niec and Todd Mrozinski 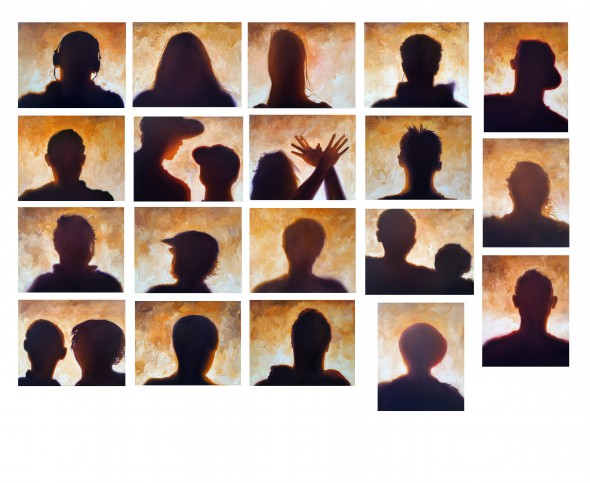 “If the sun were not shining brightly at the painting’s inception, the paintings would not exist.” Such is the thinking behind Todd Mrozinski’s works in a new two-person exhibit to open August 26 at the Jazz Gallery Center for the Arts in Milwaukee’s Riverwest.

Riverwest Artists Association opens A Study in Light, featuring paintings by Dave Niec and Todd Mrozinski.  The exhibit will be on display at the Jazz Gallery Center for the Arts, August 26 through September 15, 2015. A reception with the artists will be held Friday, August 28, 7:00-10:00pm.

At its essence, this exhibition is about light—light that emanates directly from the sun, the moon and the stars. A Study in Light explores the impact of these celestial bodies to create works that emerge over time and space. Mrozinski and Niec, both Riverwest artists, explore the impact of the earth’s most prominent natural light sources as they morph into the creation of shadow and reflection, darkness and light to create awe-inspiring works.

Dave Niec paints mostly during the winter months and in the dead of night. Niec (pronounced “nick”) tracks and documents purposefully the movement of the moon and stars in the sky above the woods of Northern Wisconsin with paint on canvas, working off the light of the moon and stars reflected by winter snow.  He mixes his oils with illumination from flashlights. Because winter nights in Wisconsin can be brutally cold, his breath often turns to frost on his panels, which must be thawed before he can proceed. Snow is a prominent feature in his works.

“My artwork involves frequent observation and documentation of the activity of the moon,” states Niec. “Variations from night to night, month to month and season to season might concern the moon’s percentage of illumination, the manner in which the moon tilts, the height and length of the moon’s span, the percentage of the span seen in darkness and atmospheric effects. Concurrent with this, my perception and interpretation is in constant flux.”

This exhibit will feature several of Niec’s moon span paintings.

As part of this two-person exhibit, current Pfister Artist-in-Resident, Todd Mrozinski, explores non-traditional portraiture though the medium of oil paint while focusing on two main areas, shadows and symbols. Mrozinski begins this series of oil paintings by tracing shadows of people projected onto canvas with the aid of bright sunlight, in an urban setting.  Mrozinski’s shadow canvases—traced, then painted—will feature the many people who participated in a chance encounter of shadow tracing in front of Jazz Gallery during 2 1/2 hours on a warm October afternoon.

A Study in Light will be on display from August 26 through September 15 at the Jazz Gallery Center for the Arts.  The exhibit is open to the public on Tuesday evenings, 6-9pm, during the weekly open Jazz Jam Sessions, and on Saturday afternoons, Noon-5pm.

Meet the artists during their August 28 Opening Reception, 7-10pm.

This event is sponsored by the Riverwest Artists Association.
The Jazz Gallery Center for the Arts is located at 926 East Center Street, Milwaukee.

For additional information, contact the Riverwest Artists Association at 414 374-4722.
Visit the website at riverwestart.org or email info@riverwestart.org.

2 thoughts on “A Study in Light”