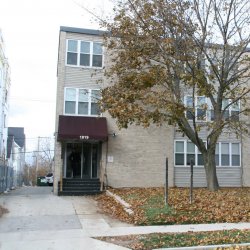 1819 N. Cambridge Ave. is a 40-unit apartment building on Milwaukee’s Lower East Side.

The building is owned by Eseegers Enterprises LLC (Eric Seegers) and Geoff Stone. The partners operate under their management firm Gato City Management LLC. They purchased the building in late 2006.

The building appeared in the local papers in the early 1960’s when architect Sheldon Segel was nominated for appointment to the Zoning Board of Appeals by Mayor Henry Maier. Segel was a resident of Bayside, but practiced architecture in the city. He reported he stayed several nights a week at an apartment he kept at 1819 N. Cambridge Ave. It was reported following his appointment that Segel moved to the city. Segel claimed he would move to 2914 E. Newberry Blvd. by February 20th from Bayside, his Bayside home had reportedly been for sale for one year. In a 1972 letter to the editor in the Milwaukee Journal, Segel reported his address at 3112 W. Highland Blvd. 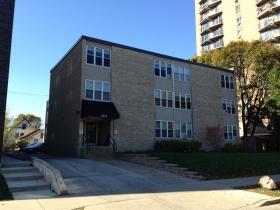 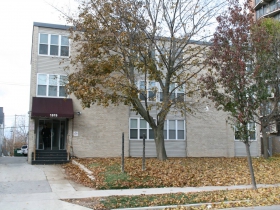