Third Coast Daily visited galleries in several neighborhoods for the fall edition of Gallery Night and Day. Take a look at the full gallery to relive the event!

All the fall things

As summer winds down, the TCD Photo Team wraps our seasonal weekend photo series highlighting some of the best happenings in Milwaukee.

In this edition of our summer weekend photo gallery series: images from both Miranda Levy and Timothy Westbrook's Project Runway parties, the Garfield Avenue Festival and Festa Italiana, captured by Angela Morgan and Madeline Pieschel.

In this edition of our summer weekend photo gallery series: Shakespeare in the Park, Bastille Days, and South Shore Frolics captured by Sara Bill and Madeline Pieschel.

A look back at Summerfest 2013

Summerfest 2013 has closed and we're looking back at some of the best of the fest with a two-part photo gallery. Photos by Angela Morgan, Sara Bill, and Madeline Pieschel.

Red, white, and blue take over the city as Milwaukee celebrates the 4th of July. A photo gallery by Angela Morgan, Madeline Pieschel and Sara Bill.

In this edition of our summer weekend photo gallery series: images from Polish Fest, UWM Summerdances and Father's Day at the Zoo, captured by Angela Morgan.

In this edition of our summer weekend photo gallery series: images from Jazz in the Park's kickoff, PrideFest, Downtown Dining Week, the West Allis Farmer's Market and the Locust Street Festival, captured by Angela Morgan and Madeline Pieschel.

One Night with Janis Joplin

The Queen of Rock and Roll lives

The life of Janis Joplin is celebrated with a flawless performance by Mary Bridget Davies at the Rep, through June 2.

Third Coast Daily was out for Milwaukee Day and has a photo gallery of our 414 adventures. Photos by Angela Morgan, Sara Bill and Madeline Pieschel.

Art again in bloom at the Milwaukee Art Museum

The annual event, featuring more than 40 arrangements inspired by MAM artworks, will run through this Sunday. Angela Morgan has photos of this year's setup.

A Tribute to the King of Soul

A celebration of Sam Cooke's music will be performed by Darrian Ford this weekend at the Marcus Center.

The circus rolls into Milwaukee

The Tripoli Shrine Circus returns to Milwaukee for a weekend of thrilling performances at the U.S. Cellular Arena. TCD attended Friday's festivities.

The touring musical updates the 1992 Whoopi Goldberg film, moving it to the '70s disco era, but keeps its soulful charm.

A Mitchell Park Domes-hosted party for the Year of the Snake ran Friday through Saturday this weekend.

Inside the mind of Marc Salem 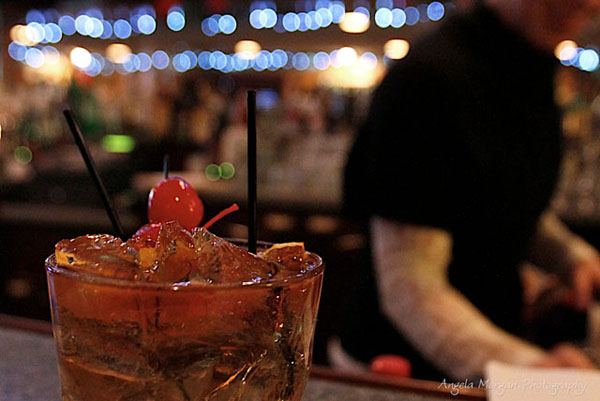 Though the weather suggests otherwise, the holidays are in full swing. Angela Morgan has new photos from Christmas in the Ward and MillerCoors Holiday Lites.

The holiday season kicks off at Pere Marquette Park

Music, light shows and (of course) Santa Claus rang in the season, with a bash that took over Downtown Milwaukee.

This rock concert of a musical runs at the Marcus Center through Nov. 18.

The third annual Dia de los Muertos Parade was held in Walker's Point on Friday. Angela Morgan has a photo gallery and recap from the event.

A trip around the world

It was a perfect September day for this year's Global Union, and TCD recaps the event with more than 40 new photos.

Two parades in one, the Labor Day Parade and All-City People's Parade made their way through downtown to celebrate economic and social contributions of workers.

With the Milwaukee Rally right around the corner, Milwaukee Harley held a party to welcome the World Dealers Conference and start getting in gear.

Angela Morgan along for the ride with the Leap Frogs Parachute Demonstration Team, who jumped from a C-130 Hercules over Milwaukee to kick off the Air Show.

Gallery Night and Day, officially proclaimed by Mayor Barrett, featured artists in action and much more.

Thousands of Milwaukeeans stormed the Bastille on Thursday night to kick off a weekend of French fun at Cathedral Square Park. Photo Gallery by Angela Morgan.

Many different sounds reverberate through the festival grounds at Summerfest. Highlighted by Saturday's Thievery Corporation set, world music has found a niche.

The Kickoff of Summer Festival Season