Former On The Bayou chef will bring comfort food and cajun cuisine to Skyline Bar + Lounge. 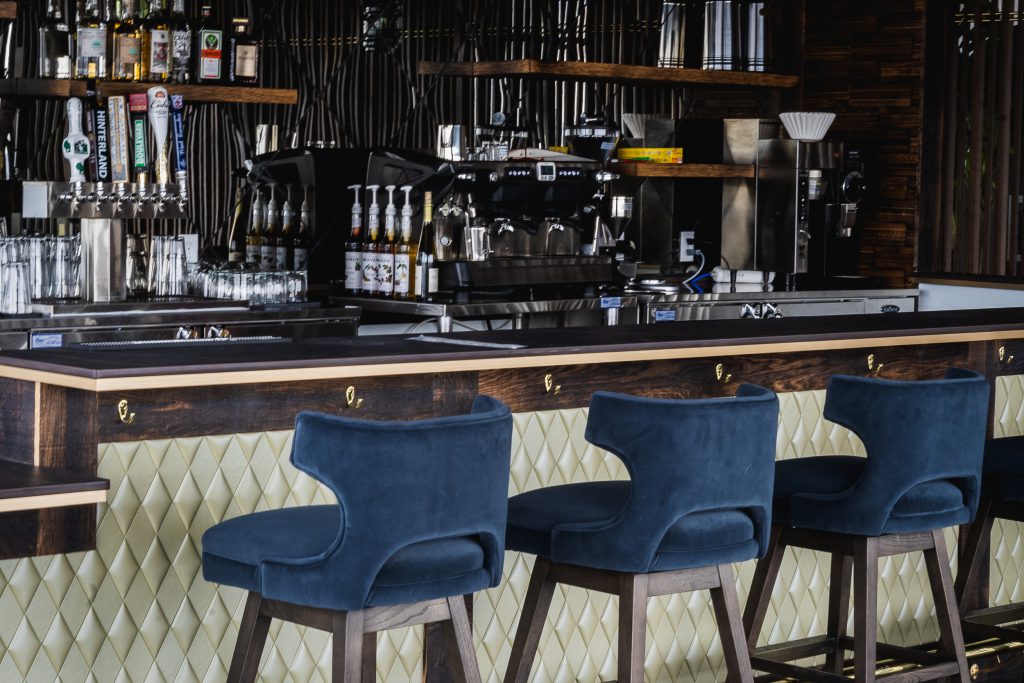 Bar. Photo courtesy of No Studios.

Batch cocktails, beer wine and sake are already plentiful at the business, but a new partnership with chef Gregory Johnson will round out the offerings with upscale comfort food dishes.

“Nō Studios is thrilled to collaborate with Chef Johnson, formerly owner of On the Bayou, to provide a cuisine option for our tenants, members and patrons,” said the business in a statement.

A Milwaukee native, Johnson graduated from Messmer High School, later moving to New Orleans, where he lived for more than two decades until Hurricane Katrina devastated the city.

Johnson returned to Milwaukee with plenty of industry experience already under his belt, and soon launched Gumbo Man, a catering operation and food truck. In 2014, he opened his first brick-and-mortar restaurant, The Big Eazy, which was renamed On The Bayou in 2018.

And though the chef is no longer associated with the restaurant, he plans to bring his signature Cajun style of cooking to the new position while taking the opportunity to lean into his creative side.

“The menu is going to be something similar to what I had up at On The Bayou,” he said in an interview, noting plans to add bold flavors and unique twists on dishes old and new. “It means a lot to me, because now I can get in the kitchen and start creating dishes like I normally used to.”

When Johnson was working full time as a restaurant owner, he said that daily obligations often took up all of his time and energy, leaving him with precious little time to experiment with recipes.

Johnson said he hopes his loyal customers will continue to visit him at his new job. “Enjoy the same delicious food and a lot of new stuff, too,” he said.

The new menu is set to debut on Jan. 27 at Nō Studios. Initially, Johnson will serve his food during happy hour on Thursdays and Fridays. Once the kitchen space is fully operational, he expects to extend service to weekdays and some Saturdays for special events.

Get a daily rundown of the top stories on Urban Milwaukee
The headquarters now functions as a live music venue, community center and art gallery and feature offices, a co-working space, a screening room, performance stage and gallery.

For more information, or to make a semi-private table reservation for Friday live music in the Gallery or during Skyline bar hours, visit the Nō Studios website.